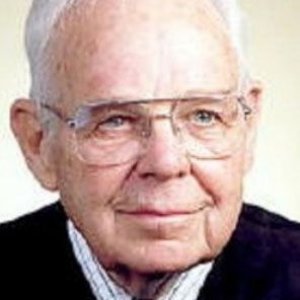 ​
Hugh H. Bownes, 83, Judge Who Ruled for Civil Liberties​
By KATIE ZEZIMA​
Published: November 08, 2003 New York Times​
​
Hugh H. Bownes, a former federal appeals court judge whose rulings in defense of civil liberties often put him at odds with conservative New Englanders, died at Yale New Haven Hospital on Wednesday. He was 83 and lived in Branford, Conn.​
The cause was pneumonia coming after a stroke in September, said his wife, Mary E. Davis.​
Judge Bownes, who was appointed to the federal bench in July 1968, is best known for his opinions upholding free speech and individual rights. While on the district court in New Hampshire in 1977, he ruled in response to an inmate's lawsuit that the conditions at the state prison were ''deplorable.'' The ruling led to an overhaul of the prison system.​
Earlier, as part of a three-judge panel, he upheld the rights of Jehovah's Witnesses to place tape on their vehicle license plates, blocking the New Hampshire motto ''Live Free or Die.'' He affirmed the right of a University of New Hampshire student to wear an anti-Vietnam War patch on the seat of his pants and the right of gays there to hold a dance.​
​
He was named to the United States Court of Appeals for the First Circuit in 1977. In 1982 he ruled that a Nativity scene in Pawtucket, R.I., which had been displayed for 40 years, was unconstitutional.​
''He was an old-fashioned liberal,'' said Justice David H. Souter of the Supreme Court, a longtime friend, ''yet it seems to be, some of the liberalisms Hugh was such a staunch proponent of shouldn't only be assigned to liberals.''​
​
Hugh Henry Bownes was born in the Bronx in 1920 to working-class Irish immigrants. He received a scholarship to the Horace Mann School for Boys and Columbia University, graduating in 1941.​
He enlisted in the Marines in 1941, a month after starting Columbia Law School. He was wounded in the leg by mortar fire during the invasion of Guam, developed gangrene and nearly died. He was awarded a Silver Star and the Purple Heart.​
Judge Bownes returned to Columbia on the G.I. Bill. He and his first wife, Irja Martikainen, moved to New Hampshire, where he established a law practice and served as mayor of Laconia. She died in 1990.​
Judge Bownes is survived by Ms. Davis; a daughter, Dr. Barbara McLetchie of Walpole, Mass.; two sons, David and Ernest, both of Laconia; three stepchildren, Jonathan Farnham of Philadelphia, Christopher Farnham of Bloomfield, Conn., and Julia Brown of Glastonbury, Conn; 15 grandchildren; and two great-grandchildren.​

Silver Star : The President of the United States of America takes pleasure in presenting the Silver Star to First Lieutenant Hugh H. Bownes (MCSN: 0-11390), United States Marine Corps Reserve, for conspicuous gallantry and intrepidity as a member of a reconnaissance patrol landed by submarine on enemy-held Shortland Island, Solomon Islands, 23 August 1943. Voluntarily and with utter disregard of personal safety, First Lieutenant Bownes embarked upon an extremely dangerous mission into Japanese-occupied territory for the purpose of securing vital information with regard to terrain, hydrographic conditions, and strength and disposition of hostile forces. Undeterred by the isolation of his position and by the full knowledge that no assistance could be expected from outside forces, he nevertheless remained on the island for three days, successfully carrying out an important assignment under hazardous conditions where discovery by Japanese troops would undoubtedly have resulted in his capture or death. His courageous devotion to duty was in keeping with the highest traditions of the United States Naval Service.