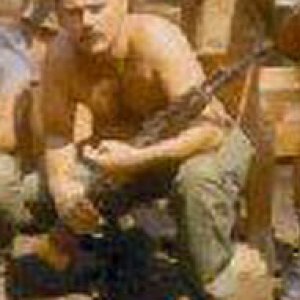 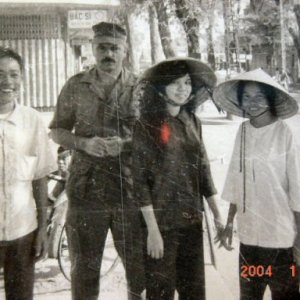 The President of the United States of America takes pleasure in presenting the Navy Cross to Senior Chief Interior Communications Electrician Robert T. Gallagher, United States Navy, for extraordinary heroism on 13 March 1968 while serving with Sea-Air-Land Team TWO (SEAL-2), Detachment ALFA, engaged in armed conflict against the communist insurgent forces (Viet Cong) in the Republic of Vietnam. Senior Chief Petty Officer Gallagher served as assistant patrol leader for a SEAL night combat operation deep in an enemy battalion base area. His patrol penetrated 5,000 yards into the Viet Cong base camp, locating a large barracks area occupied by approximately 30 well-armed insurgents. Senior Petty Officer Gallagher led three men into the barracks. When discovered by a Viet Cong sentry, the patrol came under heavy enemy fire. Although wounded in both legs, Senior Chief Petty Officer Gallagher accounted for five enemy Viet Cong killed. Discovering that his patrol leader was seriously wounded, Senior Chief Petty Officer Gallagher took command and led his patrol 1,000 yards through heavily occupied enemy territory to an open area where he radioed for helicopter support. He continually exposed himself to heavy enemy automatic-weapons fire to direct friendly helicopter gunships and extraction ships. While assisting his patrol to the evacuation point, Senior Chief Petty Officer Gallagher was again wounded, but, despite his multiple wounds, succeeded in leading his men to a safe extraction. By his courage, professional skill, and devotion to duty, he was directly responsible for the safe withdrawal of his patrol and for killing a large number of the enemy in their own base area. His heroic achievements were in keeping with the highest traditions of the United States Naval Service.
Last edited by a moderator: Sep 17, 2020