Clearance Diver: The life and times of an Australian Navy Frogman
By Tony Ey

Staff member
Reid ​
Miles Belfrage ​
H Squadron GHQ Liaison Regiment (Phantom) ​
Captain + Major ​
119433 ​
Member of the Order of the British Empire (MBE),Military Cross ​
dates and unit ? ​
parent unit General List​
born 5.5.1896​
served WW1​
H Squadron GHQLR (Phantom) 8.2.1941​
POW 31.5.1941 Greece​
author "Last on the List" (1974)​
died 6.10.1984​
awarded M.B.E. 29.11.45 (repatriated POW) (Captain,GHQLR)​
​
notes from Stephen Reid (grandson)​
Lt Col Miles Belfrage Reid MBE MC​
Miles Reid was born in 1896, the youngest child of Russell Belfrage Reid (who made his fortune tea planting in Ceylon) and Margaret Laura Willett (daughter of Henry Willet who presented the Willett Collection of Popular Pottery to the Brighton Museum in 1903). The Reid family are Scottish in origin and many of their ancestors are buried in Milnathort churchyard in what was Kinross (now Tayside).​
As a youngster, Miles was sent to the Royal Naval College at Dartmouth. In addition to winning the King’s Medal in 1912, he also won the Chief Cadet Captains Award (a very handsome naval dirk) in 1913. Whilst at Dartmouth he was made mentor to the younger and very shy Prince Albert (later George VI) and thus began a friendship that lasted until the King’s death. He left the Navy as he suffered from sea sickness. He joined the Royal Engineers at the outbreak of WWI, was wounded at Gallipoli and invalided home. He subsequently took part in the battles of Loos, the Somme, Ypres and Paschendale. He won an MC on the Somme for his actions on 9[SUP]th[/SUP] September 1916 where he laid telephone cables under heavy shellfire. He was also mentioned in despatches by Field Marshall Haig on 7[SUP]th[/SUP] April 1918 “for gallant and distinguished service in the field”. When he was promoted to Acting Lt Colonel he was reputedly the youngest Lt Col in the British Army.​
In between the wars he worked in industry and particularly in Germany but when WWII broke out, although he was over age, Miles pulled strings and was made part of “Phantom” a group of multilingual officers who acted as liaison between generals of the French and British armies – he was given the rank of Captain, later Major. Miles was a go-between between Lord Gort and the First French Army. He escaped at Dunkirk and was then sent to Greece to do a similar liaison job. He and his men were captured by German paratroops after running out of ammunition while attempting to defend the bridge over the Corinth Canal. He spent time in various POW camps including Tittmoning and Warburg. He escaped with a colleague (Michael Smiley) from Warburg by hiding in bundles of laundry but they were both recaptured the same day. On recapture it worryingly became apparent that the Nazis had decided that all his work in Germany in the ‘30s was part of a spying mission on behalf of MI5. However he was eventually sent to Spanenberg and after that to Colditz on the grounds that he was “Deutschfeindlich”. He was the oldest British prisoner in Colditz. He faked heart disease in Colditz by smoking heavily and drinking neat black coffee and was eventually repatriated on health grounds, finally arriving back in England early in 1945. He was appointed MBE (Military) in 1949 for his service in Greece and in 1956 he was appointed Deputy Lieutenant of the County of Sussex. He was also a JP. He died on 6th of October 1984.​
He wrote three books.​
Age Cannot Wither (Hutchinson, undated but 1944 or '45) was a novel written whilst a POW in Spanenberg.​
Last on the List ( Leo Cooper, 1974) deals with his part in Phantom from early days in France up to his capture in Greece. It was also largely written whilst he was a prisoner.​
Into Colditz (Michael Russell, 1983) Follows the story on from his capture in Greece to his return home from Colditz. It has an excellent introduction by Paddy Leigh Fermor whom Miles knew from his days in Greece.​
​ 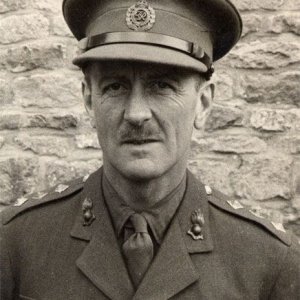 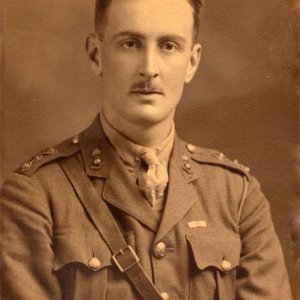