X-Craft Versus Tirpitz: The Mystery of the Missing X5
By Alf R. Jacobsen 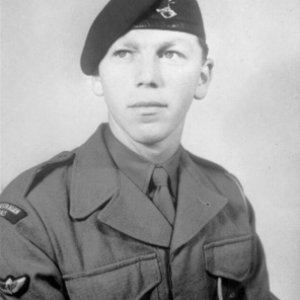 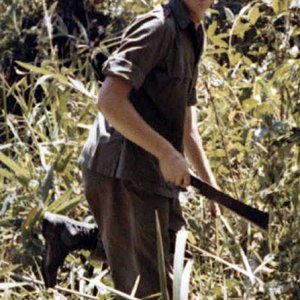 Paul Denehey joined SAS in 1963 so his Date Of Enlistment must have been prior to that. Also being a Victorian he would have probably enlisted in that state. Judging by his Regimental Number he would have enlisted around late 1961 or shortly thereafter.
R

Paul was indeed a Victorian. Prior to joining the Army he lived in the Melbourne bayside suburb of Mentone. Paul enlisted in Melbourne in February 1962. He completed his recruit traing at 1RTB Kapooka in May 1962 and was allocated to RASigs. Paul successfully completed the 17/62 Basic OWLS, (Operator Wireless and Line), course at the School of Signals, Balcombe in late 1962. Paul was a cheerful bloke, a good friend, and is fondly remembered
J

Paul and I went through recruit training around the same time (I had joined in January 1962), we then both trained as radio ops on 17/62 basic OWLs course and were posted to 1 Div. Sig. Regt. at Ingleburn NSW at the completion of training. Paul decided to do the SAS cadre course at Ingleburn in 1964 and we managed to stay in contact during his time there. Shortly before he left to go to W.A. for further training (and later deployment to Borneo), he came on weekend leave and stayed at my parents' place near Sydney. Not long afterward I was posted to Terendak, near Malacca and was there when news came through that a SAS soldier had been killed by an elephant in Borneo. It took some time for us to finally hear that it had been Paul. He was quite well known to a number of our people at Terendak and was well liked. It was a sad loss of a good man.
L

Paul grew up in Parkdale, he attended Parkdale Primary school and Bentleigh High School. I am his baby sister and I was two years old whe he died. I have heard many times over the years what a great and special person he was.
Share:
Facebook Twitter Reddit Pinterest Tumblr WhatsApp Email Share Link
Top