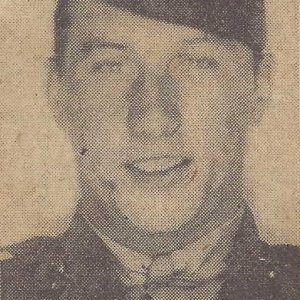 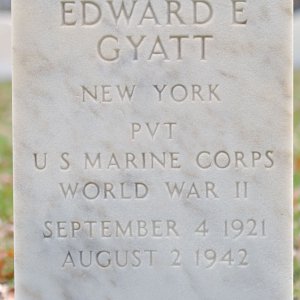 Silver Star : The President of the United States of America takes pride in presenting the Silver Star (Posthumously) to Private Edward E. Gyatt (MCSN: 354241), United States Marine Corps, for gallantry and intrepidity in action while serving with the First Marine Raider Battalion, during the seizure of Tulagi, Solomon Islands, from enemy Japanese forces, on the night of 7 - 8 August 1942. Assigned to duty in a listening post to the right flank and forward of his company's position, Private Gyatt reported the approach of a hostile counterattack to his platoon commander and then, with utter disregard for his own personal safety, remained at his post, inflicting a heavy toll upon infiltrating Japanese until he was killed by an enemy hand grenade. By his skill, courage, and indomitable fighting spirit, he contributed to the eventual repulse of the enemy and upheld the highest traditions of the United States Naval Service. He gallantly gave his life for his country.