The Jungle Is Neutral
By F. Spencer Chapman

Seal Team Six: The incredible story of an elite sniper - and the special operations unit that killed Osama Bin Laden
By Howard Wasdin

Staff member
VanBoven​
Paul Wesley​
3 Air Rescue Squadron​
First Lieutenant​
0-749124​
Silver Star​
North Korea 1950​
from California​
born 29.4.1923​
bomber group in WW2 (2Lt)​
POW 18.4.1944 ETO​
Stalag Luft 3,Sagan​
helicopter pilot​
retired as Major​
died 26.12.2003​
Arlington National Cemetery,Virginia Section 66 Site 2773-2​
​
The President of the United States of America, authorized by Act of Congress, July 9, 1918, takes pleasure in presenting the Silver Star to First Lieutenant Paul W. Van Boven, United States Air Force, for gallantry in action against the enemy on 4 September 1950 while he was performing duty in Korea as a member of the THIRD Rescue Squadron. Although fully aware of the dangers involved, Lieutenant Van Boven departed in an unarmed helicopter to rescue a pilot who had bailed out of a damaged aircraft in enemy territory. Demonstrating remarkable courage, Lieutenant Van Boven flew his helicopter several miles behind enemy lines and exposed himself to intense ground fire to accomplish his mission. He located the downed officer in an open rice paddy surrounded by attacking enemy forces, but unfavorable ground conditions did not permit a landing. Despite continuous enemy fire, Lieutenant Van Boven maneuvered the helicopter close to the ground until the rescue was completed. In performing this heroic deed, Lieutenant Van Boven voluntarily risked his life to save an American pilot. His valorous action was in keeping with the highest traditions of the service and reflected great credit upon himself, the Far East Air Forces, and the United States Air Force.​ 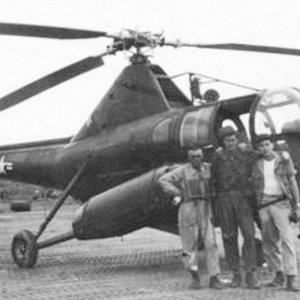