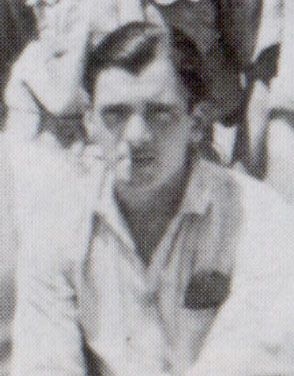 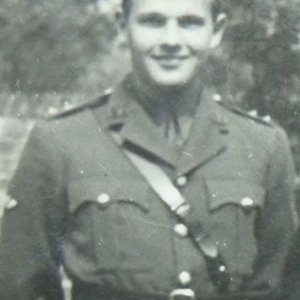 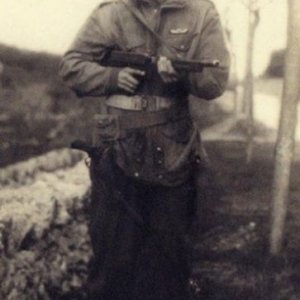 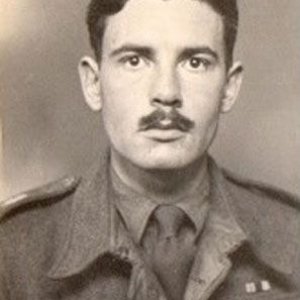 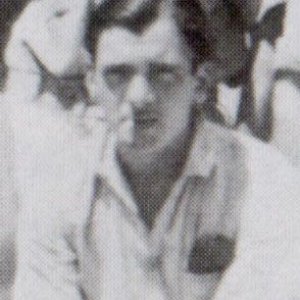 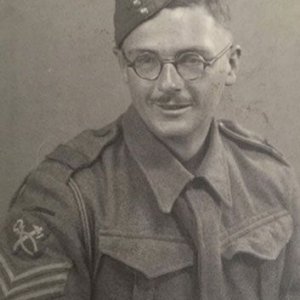 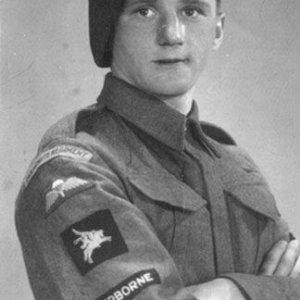 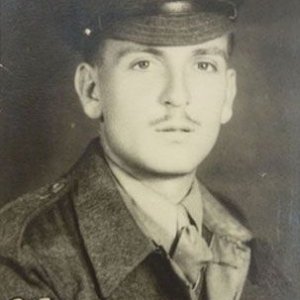 Citation
Distinguished Conduct Medal : The action took place between the hrs 2300 and 0100 on the night 8/9 Apr in region (ref map sheet 77 III SE COMMACCHIO 1:25000) MR 569678. M Sqn SBS were based on the island CASNE DI CALDIROLO NR 5164 in Lake COMMACCHIO. Orders were received on 8 Apr to create the impression a maj attack was coming in this area, and to take PW in the region SE of the town of COMMACCHIO 5668. The main German def line at that time was along the N bank of the CANALONE CANAL (569672). Two petrols E & Y were detailed for this task. They successfully landed at R572673 approx 2300 hrs and formed up for the adv along the rd towards COMMACCHIO town. Sjt WAITE who is a patrol sjt of E patrol volunteered to go ahead of the patrol as fwd scout. He was 10 yds ahead of the patrols and they had travelled 500 yds when he was challenged by a sentry. He stood still while an Italian speaking member of the petrol replied. This man kept talking to divert the attention of the sentry. The others crept fwd with Sjt VAITE in the forefront. A spandau opened fire when they were approx 10 yds from the posn. Waite was hit in the leg and the leg broken. The others raced past to aslt the 1st posn. Owing to the wd WAITE could not adv with the others. Neither could he fire as his own men intervened between him and the enemy. However, above the noise of firing and exploding gren he heard someone calling for help. Recognising the voice as belonging to one of the force and locating it as coming from a slit trench approx 10 yds away he in complete disregard of danger to himself from MG fire sweening the rd side crawled towards the trench to discover the man in hand to hand combat with a German. The German had his man by the throat but WAITE despite 'game' leg managed to seize him and pull him off sufficiently to shoot him through the chest and kill him. By this dead which showed great determination and tenacity of purpose to destroy the enemy when and wherever possible, SJT WAITE despite his own incapacity and whilst in great pain undoubtedly saved the life of one of his comrades; By this time the force had ady about 50 yds but not without cas so WAITE decided to take 2 wd men back to the boats and await the withdrawal. During this 500 yd journey under continuous and accurate MG fire one of the wounded was killed WAITE continued the journey encouraging all the time the other man who had by now been hit again. By travelling half submerged in water they avoided further injury and were eventually joined by 3 other men who were withdrawing with the main body. One man went ahead to hold up the boats while the other 2 assisted WAITE and his wounded companion. However they found the boats had already gone and only one man rubber dinghy was left on the far bank of the canal. 2 men one of whom was drowned in the effort made unsuccessful attempts to swim across to it, but rather than relinquish this one chance of escape WAITE himself despite weakness from lose of blood and with his undressed wd tried and by swimming on his back reached the dinghy and paddled it across with his hands. By ferry system he got the other three across the canal and then with himself and the other wounded hanging over the gunwales trailing their legs in the water and the two unwounded pushing, wading and swimming the party after about an hr reached a spit of land about 700 yds from the lake shore; As dawn was nearly breaking WAITE sent the 2 unwounded on to try and reach base and arrange a pickup that night 9 Apr and he and the other man lay all through the day without movement to betray their presence in intense heat plagued with flies and mosquitoes without any cover and still with wds undressed. They were picked up after dark. The leadership and determination displayed and the encouragement given to his men by Sjt WAITE throughout the whole time of his being wounded until his rescue cannot be too highly praised. He was able even though wounded by sheer guts to save one man from death and 3 others from capture.

The official archive of the UK government. Our vision is to lead and transform information management, guarantee the survival of today's information for tomorrow and bring history to life for everyone.

Ronald Frank Waite DCM SBS was my uncle, he was married to Joan and not Pat. Pat married my other uncle Alfred Davies RN DSM who served aboard the battleship 'Kingston'.
Ron was hit by gun fire during an assault with Anders Lassen VC MC x 2 bars on several German machine gun posts at Lake Comacchio in Italy. Sadly Anders ( Andy ) was killed. My uncle, despite his injuries and unable to move kept firing and showed immense bravery for his actions.
Ron was a true gentleman and as a kid he loved to play with me and my brother when we went to visit.
The very last time i saw him was when i paid a visit to him and Joan in Gravesend. Even though he was dying ( lung cancer ) and bed ridden, he got out of his bed to come and say hello, he then went back to bed. That was the cut of this great man and the next i heard was he had passed away. RIP.
Hello IrishMurphy,

Frank Ronald Wait was my dad’s older brother. My dad was Gerald Stanley Wait. I visited Uncle Ron and Auntie Joan in their Gravesend bungalow in the late 1980’s. I’ve lost contact with relatives linked to Uncle Ron, but if you’re willing I would like to get in touch.

Many Thanks,
Russell Wait.
Hi Russ,

Ron was my great grandad, I didn't have the opportunity to meet him but love finding out more information about him and listening to everyones stories. My nan, Carol (Ron's daughter) has been trying to make contact with you. I would love to reconnect you both.