Staff member
Albrecht ​
Joseph Alfred ​
U.S.N. Seal Team 2 ​
Machinists Mate First Class ​
5183299 ​
2nd August 1968 ​
28 ​
Hampton National Cemetery,Hampton,Virginia Section H Site 1594 ​
from Falmouth,Massachusetts​
born 28.6.1940​
married (3 daughters)​
entered service 1958​
DOW Chau Doc Province,South Vietnam​
Vietnam Veterans Memorial,Washington,D.C. Panel 50W Row 047 ​
​
Joseph Albrecht was born on June 28, 1940, in Falmouth, Massachusetts. He enlisted in the U.S. Navy on July 2, 1958, and completed basic training at NTC Great Lakes, Illinois, in September 1958. His first assignment was aboard the sail frigate USS Constitution (IX-21) from November 1958 to May 1960, followed by service aboard the navigational research test vessel USS Compass Island (EAG-153) from May 1960 to May 1961. Petty Officer Albrecht attended Underwater Demolition Team Replacement training at NAB Little Creek, Virginia, from May to November 1961, and then served with UDT-21 at NAB Little Creek from November 1961 to November 1962. His next assignment was aboard the dock landing ship USS Casa Grande (LSD-13) from November to December 1962, followed by service with UDT-22 at NAB Little Creek from December 1962 until he left active duty on July 1, 1963. Petty Officer Albrecht reenlisted in the U.S. Navy on November 4, 1964, and served aboard the aircraft carrier USS Independence (CVA-62) from November to December 1964. He returned to UDT-22 at NAB Little Creek from December 1964 to June 1966, and then served aboard the dock landing ship USS Donner (LSD-20) from June to December 1966, when he returned to UDT-22 at NAB Little Creek. His next assignment was with SEAL Team TWO at NAB Little Creek from September 1967 until he deployed to South Vietnam with his Team in April 1968. Petty Officer Albrecht died from wounds received after stepping on a land mine in South Vietnam on August 2, 1968. He was buried at the Hampton National Cemetery in Hampton, Virginia.​
​ 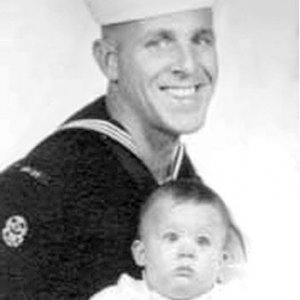 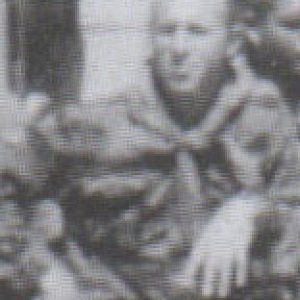 For heroic achievement in connection with operations against the enemy while serving with friendly foreign forces engaged in armed conflict against Communist insurgent forces in the Mekong Delta, Republic of Vietnam from 20 April to 2 August 1968. As grenadier for SEAL Team Detachment ALFA, 8th and 9th Platoons, Petty Officer ALBRECHT performed with daring and professionalism. While participating in 40 clandestine patrols, his accurate grenade and rifle fire proved invaluable to the platoon's success. Typical of his performance was on 28 June, during a canal ambush, when he effectively utilized his grenade fire power in suppressing enemy fire. Five heavily armed Viet Cong had advanced on the platoon while others were firing grenades and automatic weapons from hidden positions. In this tenuous situation, Petty Officer ALBRECHT employed a pre-positioned claymore mine in countering the advancing enemy. He then laid down a barrage of grenades to cover his platoon's withdrawal to the hastily arranged extraction point. Petty Officer ALBRECHT's combat initiative, devotion to duty and valor under fire were in keeping with the highest traditions of the United States Naval Service.

The Combat "V" is authorized.