Bombs Have No Pity: My War Against Terrorism
by George Styles

The Ravens: Pilots of the Secret War of Laos
By Christopher Robbins 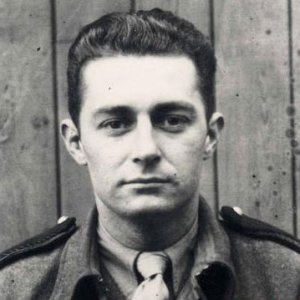 Member of the Order of The British Empire : This officer escaped from FANCE in June 1940 and was one of the young officers with the Fighting French Forces. He joined the 13 Demi-Brigade of the Foreign Legion in GREAT BRITAIN and took part in operations at DAKAR and later in the operations of the Etablissements Francais d'Oceanie.

He is a magnificent fighter, a leader loved and respected by his men, and a perfect type of Frenchman who has never doubted the justice of his cause.

Bronzen Kruis : He has distinguished himself by courageous and tactful conduct in combat against the enemy on April 7 and 8, 1945, having been dropped behind enemy lines in Drenthe and having fearlessly taken part in the ensuing fighting during which he was wounded. By his conduct, he contributed to the liberation of The Netherlands, thereby serving the interests of the Dutch Government.

Legion d'Honneur : Appriou (Jean), Lieutenant, 25th Airborne Division: high-class parachutist officer. A model of bravery and composure, parachuted into Holland during the night of April 7 to 8, 1945, began a series of ambushes and attacks against enemy convoys and garrisons, killing many enemies, capturing fifty prisoners and an impressive quantity of equipment and showed exceptional quality of leadership to his men during this campaign.