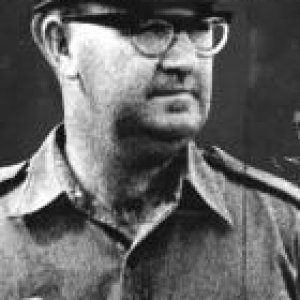 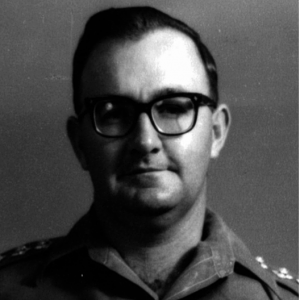 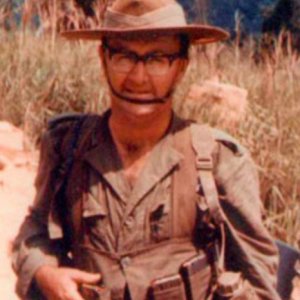 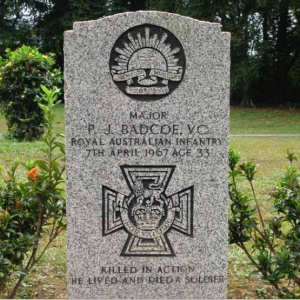 Victoria Cross : The QUEEN has been graciously pleased on the advice of Her Majesty's Australian Ministers to approve the posthumous award of the VICTORIA CROSS to:

41400 Major PETER JOHN BADCOE was commissioned as a Second Lieutenant in the Australian Staff Corps in December 1952. He was allotted to the Royal Regiment of Australian Artillery in which he served in a number of Regi mental and Staff postings until August 1965. He then transferred to the Royal Australian Infantry Corps and joined the Australian Army Training Team Vietnam in August 1966. He was posted as Sector Operations Officer in Thua Thien Province, South Vietnam.

On 23rd February 1967 he was acting an Advisor to a Regional Force Company in support of a Sector operation in Phu Thu District. He monitored a radio transmission which stated that the Subsector Adviser, a United States Army Officer, had been killed and that his body was within 50 metres of an enemy machine gun position; further, the United States Medical Adviser had been wounded and was in immediate danger from the enemy. Major BADCOE with complete disregard for his own safety moved alone across 600 metres of fire-swept ground and reached the wounded Adviser, attended to him and ensured his future safety. He then organised a force of one platoon and led them towards the enemy post. His personal leadership, words of encouragement, and actions in the face of hostile enemy fire forced the platoon successfully assault the enemy position and capture it, where he personally killed the machine gunners directly in front of him. He then picked up the body of the dead officer and ran back to the Command post over open ground still covered by enemy fire.

On 7th March 1967, at approximately 0645 hours, the Sector Reaction Company was deployed to Quang Dien Subsector to counter an attack by the Viet Cong on the Headquarters. Major BADCOE left the Command group after their vehicle broke down and a United States Officer was killed; he joined the Company Headquarters and personally led the company in an attack over open terrain to assault and capture a heavily defended enemy position. In the face of certain death and heavy losses his personal courage and leadership turned certain defeat into victory and prevented the enemy from capturing the District Headquarters.

On 7th April 1967, on an operation in Huong Tra District, Major BADCOE was with the 1st A.R.V.N. Division Reaction Company and some armoured personnel carriers. During the move forward to an objective the company came under heavy small arms fire and withdrew to a cemetery for cover, this left Major BADCOE and his radio operator about 50 metres in front of the leading elements, under heavy mortar fire. Seeing this withdrawal, Major BADCOE ran back to them, moved amongst them and by encouragement and example got them moving forward again. He then set out in front of the company to lead them on; the company stopped again under heavy fire but Major BADCOE continued on to cover and prepared to throw grenades, when he rose to throw, his radio operator pulled him down as heavy small arms fire was being brought to bear on them; he later got up again to throw a grenade and was hit and killed by a burst of machine gun fire. Soon after, friendly artillery fire was called in and the position was assaulted and captured.

Major BADCOE'S conspicuous gallantry and leadership on all these occasions was an inspiration to all, each action, ultimately, was successful, due entirely to his efforts, the final one ending in his death. His valour and leadership were in the highest traditions of the military profession and the Australian Regular Army.

Silver Star : The President of the United States of America, authorized by Act of Congress, July 9, 1918, takes pride in presenting the Silver Star (Posthumously) to Major (Infantry) Peter J. Badcoe (41400), Royal Australian Army, for gallantry in action on 23 February 1967, while serving as Subsector Advisor, Nam Hoa Subsector, and as Operations Advisor, Thua Thien Sector, Republic of Vietnam. On this date, Major Badcoe was accompanying a Regional Forces Company engaged in a firefight near the Village of Mong Ha. As the battle raged he monitored a radio transmission stating that the American Subsector Advisor had been killed and the Medical Specialist Advisor seriously wounded. Both men were lying in unprotected positions, subject to enemy fire. Reacting immediately, Major Badcoe raced across 600 meters of exposed terrain to the positions of the fallen American Advisors. After insuring that the wounded medic would be relatively safe, Major Badcoe then organized a platoon-size unit to recover the Subsector Advisor. Heedless of the fierce enemy automatic weapons fire, Major Badcoe led the platoon into the very face of the Viet Cong fire, exhorting the men forward as the small unit fought its way to the advisor's location. After reaching the Subsector Advisor, Major Badcoe picked him up and, although the target of enemy gunners all the way back, returned to the company command post. Undaunted by the intense fire, he then returned to the wounded medic's location, administered additional first aid and directed his evacuation from the area. As a result of Major Badcoe's quick, courageous actions in an extremely dangerous situation, the life of the wounded advisor was saved and the body of a fallen comrade recovered. Major Badcoe's conspicuous gallantry in action reflected great credit upon himself and the Royal Australian Army.

Silver Star (Bronze Oak Leaf Cluster) : The President of the United States of America, authorized by Act of Congress, July 9, 1918, takes pride in presenting a Bronze Oak Leaf Cluster in lieu of a Second Award of the Silver Star (Posthumously) to Major (Infantry) Peter J. Badcoe (41400), Royal Australian Army, for gallantry in action on 7 April 1967, while serving as Operations Advisor, Thua Thien Sector, Republic of Vietnam. On this date, Major Badcoe was accompanying a Division force moving to engage and destroy suspected enemy positions near the hamlet of An Thuan. As the unit approached the operational area it came under intense mortar, recoilless rifle, and automatic weapons fire from fortifications located within the hamlet. Major Badcoe, at the forefront of the attacking infantry units, immediately raced across fire-swept areas to a forward position where he could coordinate the offensive efforts. As the Vietnamese soldiers advanced closer to the enemy emplacements, a destructive mortar barrage was directed at them. Realizing that the intensity of the enemy resistance had virtually halted the attack, Major Badcoe moved back through the withering fire to the Vietnamese soldiers and exhorted them to vigorously engage the enemy. Then, displaying exemplary leadership, he returned to his forward position, leading the assaulting troops. Following his valiant, courageous example, the government soldiers, though at a decided tactical disadvantage, pressed the attack vigorously and ultimately broke the enemy defenses and destroyed their positions. As a result of Major Badcoe's singularly impressive display of battlefield courage, an inspired Vietnamese force was able to achieve a hard-won victory over a strong and determined enemy. Major Badcoe's conspicuous gallantry in action reflected great credit upon himself and the Royal Australian Army.