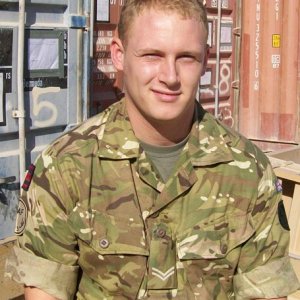 ​
On 19th October 2010 his search team were deployed on Operation OMID CHAR - operating in an area east of Gereshk, working towards the construction of a new checkpoint and patrol base to enhance the security of the local population. During the task Corporal Barnsdale was caught in the blast from an IED which resulted in his death. ​