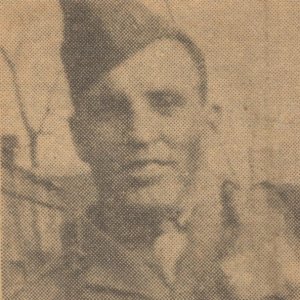 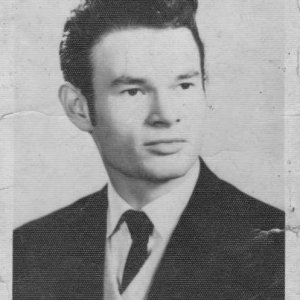 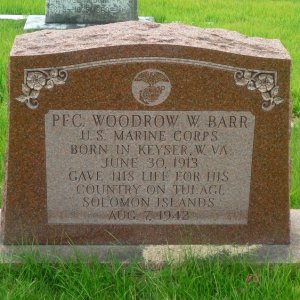 Silver Star : The President of the United States of America takes pride in presenting the Silver Star (Posthumously) to Private First Class Woodrow Wilson Barr (MCSN: 355620), United States Marine Corps, for conspicuous gallantry and intrepidity as a member of Company C, First Marine Raider Battalion, in action during the attack on Tulagi, Solomon Islands, on 7 August 1942. Private Barr, a member of a small detachment ordered to envelope a hostile machine gun position, persisted in his advance against the enemy although exposed to severe small arms fire until he, himself, was killed, thereby assisting a great measure in the final destruction of the enemy machine gun group.