Eye of the Storm: 25 Years in Action with the SAS
By Peter Ratcliffe 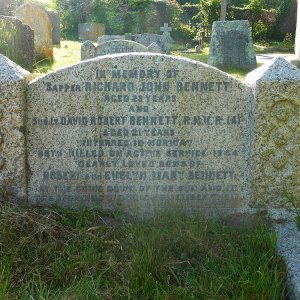 ​
Richard was wounded in North Africa,and whilst convalescing in England, he joined a mine demobilising squad and was killed by an exploding mine.​