Staff member
Brahney​
James Henry​
38 Aerospace Rescue and Recovery Squadron (3 A.R.R. Group)​
Captain​
​
Distinguished Flying Cross with oak leaf cluster,Air Medal with 6 oak leaf clusters​
South East Asia 1966-67​
born 7.11.1939 Pittsburgh,Pennsylvania​
son of Paul Eugene and Anna Frances Brahney​
married Carolyn A. Peluso (45 years) (1 daughter Mary,2 sons James and Scott)​
last residence McCandless,Pennsylvania​
died 11.9.2009 Pittsburgh,Pennsylvania​
National Cemetery of the Alleghenies,Cecil,Washington County,Pennsylvania Section 4 Site 1008​
​
James H. Brahney, 69, of McCandless, test pilot, Vietnam hero, writer, died Friday, Sept. 11, 2009, from complications from non-Hodgkins lymphoma. Brahney was born Nov. 7, 1939, in Youngstown, Ohio, to Paul Eugene Brahney and Anna Frances Brahney.​
​
He attended Immaculate Conception Grade School and Ursuline High School, in Youngstown, before majoring in mechanical engineering at Youngstown University, where he earned a BS in 1962. Brahney began his professional career in June 1962 as an Aerospace Research Engineer on NASA's Apollo Program with North American Aviation in Los Angeles. Despite a "critical skills" occupational deferment, he opted to enter the Air Force Officer Training School at the end of that year, with hopes of going on to pilot training. ​
​
He was commissioned a Second Lieutenant in March 1963 and was selected for jet pilot training. He received his wings in May 1964 and went on to advanced helicopter flight training. In 1966 to 1967, Brahney served a one-year tour in Vietnam, flying 200 combat sorties as a Rescue Helicopter Pilot. He was credited with saving nine lives and was decorated with the Distinguished Flying Cross for heroism, the Vietnam Cross of Gallantry, another Distinguished Flying Cross and seven Air Medals for meritorious achievement in flight. In recognition of his Vietnam service, Brahney will be inducted into the Ohio Military Hall of Fame for Valor in May 2010. In 1968, Brahney was selected to attend the U.S. Navy Test Pilot School and following graduation, he was assigned to the Flight Test Wing at Wright-Patterson AFB in Dayton, Ohio, where he tested a variety of aircraft and flight systems. He was Chief Test Pilot on the Air Cushion Landing System program, and he was the only pilot to make full-stop landings on this experimental system. During his seven-year tenure as a test pilot, he also traveled to Canada and Japan to test experimental aircraft developed in those countries. ​
​
Brahney's flying career spanned 13 years during which he compiled 2800 flying hours in 35 different aircraft, including single- and multi-engine jets, single- and multi-engine props/turboprops, helicopters, seaplanes, gyrocopters, and gliders. He was pilot-qualified in 23 different aircraft, which was unheard of in that era of aviation. From 1976 to 1979, Brahney progressed through a series of program management positions before being appointed as Director of the Advanced Rescue Helicopter Program. He was also Commander of the Air Force ROTC program at the University of Pittsburgh for two years. ​
​
At the end of 1982, following his retirement as a Lieutenant Colonel, Brahney began a second career with SAE where he developed and managed aerospace technical conferences throughout the US, and in Europe and Asia. He also served as Associate Editor of Aerospace Engineering magazine where he published more than 200 technical articles. He also taught organization and management courses at the University of Maryland, Youngstown State University, and the University of Pittsburgh. In addition to his ME degree from Youngstown University, Brahney held an MS in systems management from the University of Southern California and a Ph.D. in higher education administration from the University of Pittsburgh. He was also a graduate of Armed Forces Staff College and Defense Systems Management College. During his 37 years in the aerospace industry, Brahney was listed in several "Who's Who" in aerospace/aviation yearbooks, as well as "Outstanding Men of America," and he was featured in the book "History of Experimental Test Pilots." ​
​
His military decorations also include two Meritorious Service Medals and the Air Force Commendation Medal. ​
​ 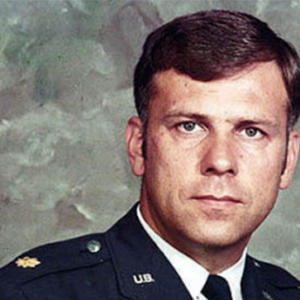 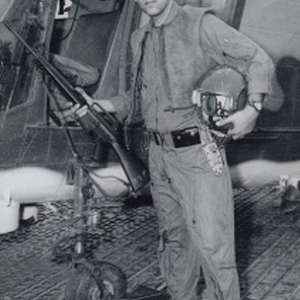 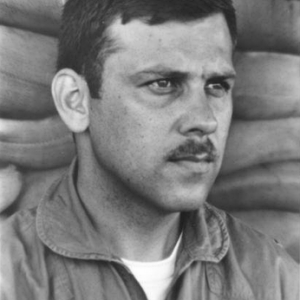