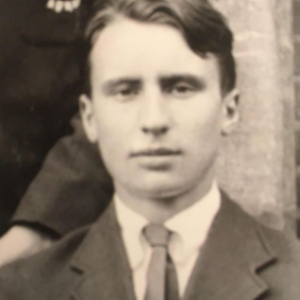 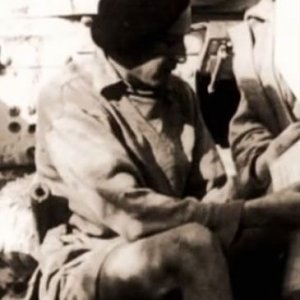 Military Cross : Captain BUCK was captured South of DERNA on 2.2.42 and consistently tried in vain during the first forty eight hours to escape with some of his men before he was separated from them.

On 4.2.42 he planned to escape from BAROE with a Sergeant, but was moved to BENGHAZI. They arrived at 1700 hours and by 2000 hours were ready again, but the necessarily hasty reconnaissance caused them to mistake a sentry-box for an extra sentry and they postponed the attempt till next day. Unfortunately everyone was being moved to TRIPOLI, so Captain BUCK feigned sickness and avoided the move. That evening, the 5th February, Lt. MCKEE was brought in and they decided to escape together.

The P/W camp had been used for interning Italian civilians. After a further quick reconnaissance they chose the most feasible of two excellent escape plans. They slipped into an enemy shed with a window blown in, overlooking the wire and having timed the sentry beat, escaped through the wire in two to three minutes.

They worked their way through the hills and crossed the BARCE plain on the night of the 11th February to a position on the main road in the wooded hilly country West of TECNIS.

Here they waiting till a suitable vehicle came by - a Ford 15 cwt. truck. Capt. BUCK, who speaks German, in a waterproof, leather jerkin and a cap resembling a German cap, stopped the driver, saw he was alone, so asked him for him pass in German and where he was going, then held him up with a spanner held to look like a revolver. Lt. MCKEE came up with a rifle and they bound and gagged the driver and left him behind in a bush. They decided to go via the desert driving through LAMLUDA where there had been a petrol point. While scouting for petrol at LAMLUDA they were seen, but escaped into the scrub followed by pistol shots although they lost their lorry.

The wandered about on foot from 12.2.42 till 20.2.42 and were joined by two officers of the Norfolk Yeomanry, a Sergeant and four O.R.'s of the Welch Regiment and a Flight Sergeant of the R.A.F.

On 20.2.42 they arrived on the main DERNA-TMIMI road about three miles West of UMM ER RZEM and 400 years East of a German camp. After careful reconnaissance of the German troops in the district, with a German rifle over his shoulder, a British great-coat and jerkin and his "German" cap, Capt. BUCK stopped first a large staff car, but considered it unsuitable for his purpose, then at 2000 hours a German lorry. He asked the driver how many people he had (to ascertain if there were troops in the back). He replied two (they were seated in front) so Capt. BUCK said "Hande hoch", the cue for Lt. MCKEE and another to come up on either side with pistols. While a third drove the truck down the road to where the remainder of the party were waiting and checked its petrol, oil and water, Capt. BUCK and Lt. MCKEE gagged the two Germans. They then climbed into the front of the lorry, wearing the German's caps.

Within five minutes they were on their way and, after driving by devious routes, reached British lines about eight miles Weest of ACROMA at dawn on February 21st.

Captain BUCK's escape is remarkable as an example of gallant, consistent and ingenious efforts to get away in spite of tremendous odds, supported by some extra ordinarily quick thinking. He showed unselfishness in not escaping immediately after capture, but preferring to wait and help others. His powers of leadership in this direction were amply displayed where he afterwards led his little band of escapers back so gallantly to British territory. His courage, skill and initiative was mainly responsible for the escape of three other officers and six O.R.'s.
Last edited by a moderator: Oct 20, 2020