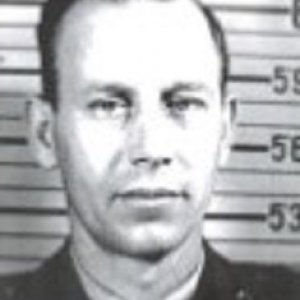 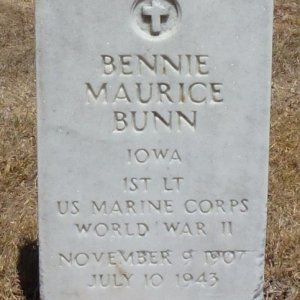 Navy Cross : The President of the United States of America takes pleasure in presenting the Navy Cross to Corporal Bennie M. Bunn (MCSN: 212871), United States Marine Corps, for extraordinary heroism while a member of a patrol of Guardia Nacional in contact with a bandit group at Punta Rieles, Nicaragua, on 26 December 1932. The patrol while on a train proceeding to El Sauce was attacked by a vastly superior force of bandits. Corporal Bunn, in command of the right flank, met an enveloping attack of the heavily reinforced bandit group, armed himself with a Thompson sub-machine gun, and by the effectiveness of his fire, personal bravery, aggressiveness and skillful leadership, repulsed the attack. During the entire engagement his conduct was outstanding, and beyond the ordinary call of duty. His efficient leadership and courageous action contributed largely to the success of the engagement.

Distinguished Service Cross : The President of the United States of America, authorized by Act of Congress, July 9, 1918, takes pride in presenting the Distinguished Service Cross (Posthumously) to First Lieutenant Bennie M. Bunn (MCSN: 0-212871), United States Marine Corps, for extraordinary heroism while serving with the FIRST Marine Raider Battalion in action against the enemy on New Georgia Island, British Solomon Islands, on 10 July 1943. When the leading assault elements of his company were held up by a strong enemy position, the defense of which was built around one heavy and three light machine guns supported by riflemen, Lieutenant Bunn, calling to four Marines near him, led a charge to a position close to the heavy machine gun. With grenades and pistol fire he killed the crew and captured the gun. He then turned the captured weapon against the other machine guns and neutralized their fire so effectively that they were quickly captured by the members of his squad. His bold and rapid action completely disorganized the enemy position and permitted the company to continue its advance.