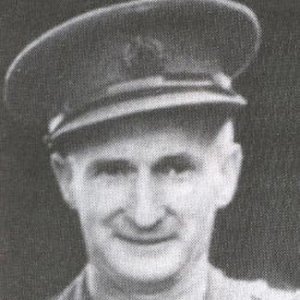 George Cross : Second-Lieutenant Campbell was engaged with his Section on the removal of a 250 Kilo unexploded bomb at the Triumph Engineering Company's works, Coventry. This bomb had caused cessation of war production in two factories involving some 1,000 workers, and the evacuation of a number of residents. For this reason, Second-Lieutenant Campbell worked practically without rest for nearly 48 hours until the bomb was removed. The bomb was finally exposed and examined by Second-Lieutenant Campbell; it was fitted with a delayed action fuse, which it was impossible to remove. He therefore decided to remove the bomb to a safe place for destruction. Recognising the extreme danger involved, he removed the bomb by lorry for a distance of approximately a mile, himself lying alongside the bomb listening for action by the clock-work mechanism. The bomb was safely disposed of. The was thoroughly experienced in the work of bomb disposal, and knew exactly what risks he was taking. In view of all the circumstances, his instant decision to act as described and complete lack of consideration for his personal safety constitute an act of gallantry of the highest degree. Second Lieutenant Campbell was unfortunately killed the following day (18th October, 1940) while dealing with another bomb.
Last edited by a moderator: Mar 11, 2021