Staff member
Coleman​
Edward Lee​
38 Aerospace Rescue and Recovery Squadron (3 A.R.R. Group)​
Captain​
​
Distinguished Flying Cross​
South East Asia 1969-70​
helicopter pilot​
born 30.9.1939 Maywood,California​
son of Robert Lee and Mary Doris (nee Micko) Coleman​
died 21.12.2006 Phoenix,Arizona​
Thayne Cemetery,Thayne,Lincoln County,Wyoming​
​
Edward Lee Coleman 1939 ~ 2006 passed away on December 21, 2006. He was born September 30, 1939 in Maywood, California to Robert and Doris Coleman, and was named after both of his grandfathers. He was a private, yet caring person, who was always looking for opportunities to teach those around him. As a child, he was diagnosed with polio and was paralyzed from the waist down for almost a year. He received treatment from the Sister Kenny Institute and was able to walk again. By the time he entered high school, he was able to ride his bike 14 miles to school. He served honorably as an Officer in the United States Air Force from 1960 to 1982. He was stationed in many places, including California, Texas, Florida, Idaho, Alaska, Utah and Bien Hoa (North of Siagon) during the Vietnam War. During that time, he flew helicopter rescue missions and earned the Distinguished Flying Cross for heroism. He attended Loyola University of Los Angeles. After his retirement from the Air Force he earned his Business degree from Weber State University. He then worked 18 years for the Utah State Tax Commission. He recently retired and has been residing in Phoenix, Arizona. He is survived by his wife Kristee Jaques Coleman, three sons, Bill (Karen), New Jersey; Mike (Lori) Layton; and Gary (Lori), Georgia​
​ 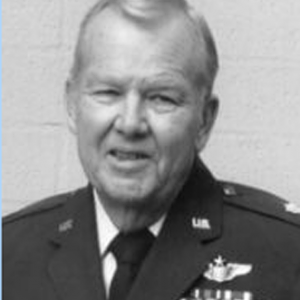