Abducting a General: The Kreipe Operation and SOE in Crete
By Patrick Leigh Fermor 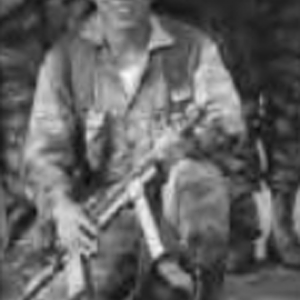 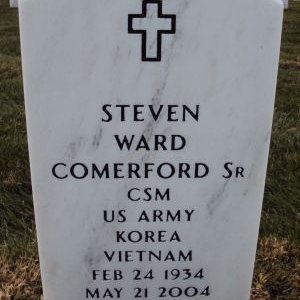 The President of the United States of America, authorized by Act of Congress, July 9, 1918 (amended by act of July 25, 1963), takes pleasure in presenting the Distinguished Service Cross to Master Sergeant Steven Ward Comerford, United States Army, for extraordinary heroism in connection with military operations involving conflict with an armed hostile force in the Republic of Vietnam, while serving with Command and Control (Central), FOB 2 (Kontum), 5th Special Forces Group (Airborne), 1st Special Forces.

Master Sergeant Comerford distinguished himself by exceptionally valorous actions on 21 January 1968 while serving with an indigenous platoon-size force operating in enemy-held territory. The platoon had been assigned the mission of performing a bomb damage assessment. During its conduct the platoon was ambushed by a superior force and Sergeant Comerford formed his men into a hasty perimeter from which to direct heavy suppressing fire and call in tactical air support. Upon being notified of his machine gunner being killed in the initial action, Sergeant Comerford, with total disregard for his own personal safety, ran through deadly heavy automatic and grenade cross-fire to retrieve the machinegun and the body of the machine gunner. Upon his return to the perimeter Sergeant Comerford positioned the gun at a point not more than 25 meters from the hostile force. Sergeant Comerford, noticing the indigenous troops pulling back, again exposed himself to hostile fire, this time on purpose, calming the indigenous troops and leading them in repelling the enemy, who had gotten to within hand grenade range. Upon the arrival of the Tactical Air Command aircraft, Sergeant Comerford directed them in bombardment of the enemy. He repeatedly called in air strikes to within 25 meters of the friendly position. With the enemy attacking through the air strikes, Sergeant Comerford called the air strikes in as close as 10 meters from his own position, driving the enemy back and leaving many dead in their retreat. With more than half of the friendly platoon casualties, the enemy made another attack, and this time Sergeant Comerford was hit in the head with small arms fire. Seriously wounded, but recovering almost instantly from the shock of being hit, Sergeant Comerford again called in TAC aircraft this time to drop on his own position. Taking the point, he led the troops out of the ambush to an acceptable landing zone for extraction of the wounded. Sergeant Comerford refused to be medically evacuated until all the wounded troops had been lifted out. Master Sergeant Comerford's heroism and outstanding courage were in keeping with the highest traditions of the military service and reflect great credit on him, his unit, and the United States Army.
Last edited by a moderator: Aug 5, 2020