Behind Enemy Lines: An Australian SAS Soldier in Vietnam
By Terry O'Farrell

I Was In Noah's Ark
By Francis Reid 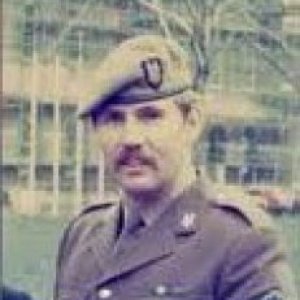 Mention In Despatches : Up until his death, Ssgt Currass has figured prominently in all the Squadron's operations.

It was SSgt Currass' Mountain Troop who were inserted onto the FORTUNA GLACIER with the task of establishing the enemies strength and dispositions in the Leith area of South Georgia. After a night of ferocious winds it was necessary to recover the troop before environmental casualties were sustained. During this recovery in appalling 'white out' conditions two helicopters crashed consecutively. Ssgt Currass was aboard both. Despite sustaining facial injuries and suffering concussion it was SSgt Currass who with considerable presence of mind and steadiness continued to organise the rescue. A few days later, it was he who spearheaded the advance of British Troops to retake Gritvykin: again his experienced calm was evident. He was particularly active in the organisation of PW handling; his mature, humanitarian approach had considerable beneficial influence on the conduct of the British garrison troops.

During a pre invasion raid on an enemy airfield on Pebble Island, in the Falklands, his troop were tasked to destroy enemy aircraft with demolition charges. Throughout this brisk and potentially confused action, which resulted in the destruction of eleven aircraft and some material, SSgt Currass helped control the various demolition assault groups. When two minor casualties were sustained he personally ensured their evacuation.

At all times, and particularly in action SSgt Currass' mature character and phlegmatic calm had a positive steadying influence. His sensible professionalism contributed greatly to the Squadrons success right up until the tragedy that saw loss of himself and four others from his troop in a helicopter accident.