Five Years To Freedom: The True Story of a Vietnam POW
By James N. Rowe 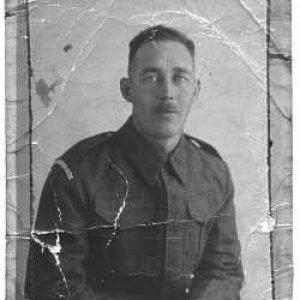 The Originals: The Secret History of the Birth of the SAS: In Their Own Words
By Gordon Stevens

Tanky Challenor: SAS and the Met
By Harold Challenor
P

The Battle for Termoli, Italy

Guardsman Arthur Thomas Dench was a member of ?B? Brigade 2nd SAS involved in Operation ?Jonquil? when he was killed in the battle for Termoli.

The first group of SAS to reach Termoli were the SRS (formerly 1st SAS) as part of the ?Operation Devon? S.S. Bde who set sail from Manfredonia in a small fleet of LCIs and LCAs at 12.00 hrs on 2 October. The force consisted of the 207 men of the SRS in LCI 179 together with the soldiers of No. 3 Commando and No. 40 Royal Marine Commando in the other vessels. Their aim was to take the port and secure two key bridges over the River Biferno in preparation for the advance of the Eighth Army. They landed behind enemy lines on the beaches of Termoli just before dawn on 3 October. By the end of the day, the town of Termoli was secured.

The second group of SAS to arrive in Termoli was the twenty men of ?D? Squadron 2nd SAS commanded by Roy Farran. After an intensive campaign behind German lines, they had rested for a couple of days 12 miles south of Bari. They joined the Eighth Army push towards Termoli on 1 October. Their objectives was to set up a H.Q in Termoli for Operations ?Magnolia? and ?Jonquil?, for the rescue of escaped POWs behind enemy lines but were delayed by blown-up bridges, torrential rain and mud. Capt. Farran, his men and their six Jeeps were finally ferried across the swollen Biferno River, 7 miles south of Termoli, about 15.00 hrs on 3 October ahead of the Eighth Army. They became the first troops to link up with the SRS but were not involved in the capture of the town.

The third group of SAS, ?B? Squadron 2nd SAS, had commandeered a two-mast schooner near Bari. By 26 September, they had sailed her as far as Molfetta making only slow progress, 3 knots, due to her fouled bottom. Her bottom had to be scrubbed down and her engine repaired before they could go any further. They finally departed, again from Bari, at 23.59 hrs on 2 October with an assortment of small craft - the schooner and a small fleet of caiques (fishing boats) - and arrived at Lake Varano the next day to rendezvous with Major Symes and ?A? force (S.O.E.), who had not yet arrived. The rendezvous party finally turned up at dawn on the 4 October having been delayed by being stuck in a river. The now-complete group departed from Lake Varano at 08.00 hrs and sailed into Termoli harbour at sunset about 16.00 hrs. It had been a relatively quiet day in Termoli ? the calm before the storm ? but they were greeted by an enemy dive-bombing attack shortly after arrival. Both groups of 2nd SAS soldiers, now present in Termoli, were there to support the rescue of mass-escaped Allied prisoners-of-war behind enemy lines: Capt. Farran?s ?D? Squadron for Operation ?Begonia?, the parachute inland phase of the rescue, and ?B? Squadron for Operation ?Jonquil?, the sea-borne phase. Arthur was a member of the ?Jonquil? team.

On the morning of 5 October 1943, the German forces counter-attacked, shelling the town and its defences and dive-bombing the harbour, hitting the schooner that Arthur was guarding. Three extant records of the circumstances of Arthur?s death exist. The first is the War Diary of ?B? Squadron 2nd SAS ?Operation Jonquil? (WO 218/181), of which Arthur was a member. This is the ?official? report of Arthur?s death, and reads, ??Four fighter-bomber attacks during day. H.Q. schooner hit about midday. ? Dench killed, two american [sic] interpreters, and three italian [sic] crew wounded??

The second is from a different SAS War Diary ?Taranto to Termoli? (WO 218/176), which states: ??Remainder of Sqn. arrived. 4 dive bombing attacks by Focke-Wulfs on harbour during day. Caique of ?B? Sqn. Struck (1 killed and 5 wounded). Shelling of town began in the evening??

The third is contained in the letter to Arthur?s wife from Capt. Simon Baillie to whom Arthur was ?batman?. Baillie writes, ??the harbour was dive-bombed and unfortunately the boat, on which your husband was on board while looking after some stores received a direct hit, and sank like a stone. At the time, I was behind the enemy lines on air operation, so didn?t hear about it until I came back about a month later??

Roy Farran, who commanded the Jeep-borne 2nd SAS soldiers in Termoli, describes the dive-bombing attack. He recalls that ??Several times during the day a pair of Focke-Wulfs swooped in at ground level to bomb the shipping in the harbour. They landed one small stick astride the jetty, sinking one of our fishing boats with a direct hit. I dived into the water to rescue a wounded man but neglected to remove my German jackboots. In consequence they filled with water to weigh me down so much that I also had to be rescued??, (Winged Dagger, Ch. 5).

Later, on the 5 October, Roy Farran and his twenty soldiers joined with the SRS to plug a gap in the perimeter defences of Termoli during the peak of the German counter attack. Even later that day twelve men of ?B? Squadron, under the command of Lieut. Hibbert, and thirteen men of ?A? force were drafted in to reinforce further the perimeter. All three groups of SAS troops in town were now involved in the Battle for Termoli. At 22.00 hrs the 38 Brigade, Royal Irish Rangers, arrived in the harbour and moved out of town at about dawn on the 6 October to strengthen the front-line. By that evening the main Eighth Army force had caught up with the soldiers who had captured and held the port of Termoli for three and a half days; the counter-attack had been repulsed.
G

I have seen a reference in a book called 'Honour to the Airborne' which claims Dench was in the SRS unit - Special raiding Squadron. The reference is on page 28. By the way Mr Dench I have been to Casino. My father was also in the SAS at Taranto.
Graham Alcock - send me a message.