First Into Action
By Duncan Falconer 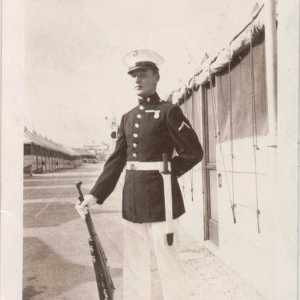 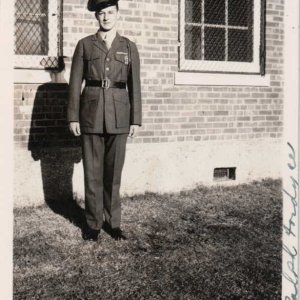 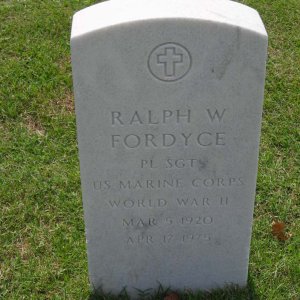 Navy Cross : The President of the United States of America takes pride in presenting the Navy Cross (Posthumously) to Corporal Ralph William Fordyce (MCSN: 270424), United States Marine Corps, for extraordinary heroism and devotion to duty while serving with the FIRST Parachute Battalion, FIRST Marine Division, during the assault on enemy Japanese forces at Gavutu, Solomon Islands, on 7 August 1942. Fighting with skill and determination against three Japanese, Corporal Fordyce overpowered and killed one of them and, seizing the dead enemy's weapon, he shot and mortally wounded the others. Persisting in his daring and relentless tactics, he later charged through the entrance to a hostile dugout, attacked the occupants with a sub-machine gun, including their officer. His gallant fighting spirit and personal valor, maintained despite imminent peril to his own life, were in keeping with the highest traditions of the United States Naval Service. He gallantly gave his life for his country.