In Action with the SAS: A Soldiers Odyssey from Dunkirk to Berlin
By Roy Close 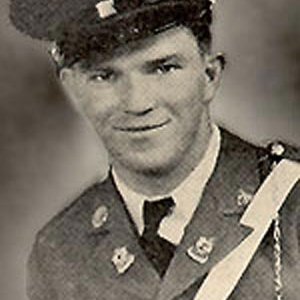 Medal Of Honor : The President of the United States of America, in the name of Congress, takes pride in presenting the Medal of Honor (Posthumously) to Private Elmer E. Fryar (ASN: 39325592), United States Army, for conspicuous gallantry and intrepidity at the risk of his life above and beyond the call of duty on 8 December 1944, while serving with Company E, 511th Parachute Infantry Regiment, 11th Airborne Division, in action at Leyte, Philippine Islands. Private Fryar's battalion encountered the enemy strongly entrenched in a position supported by mortars and automatic weapons. The battalion attacked, but in spite of repeated efforts was unable to take the position. Private Fryar's company was ordered to cover the battalion's withdrawal to a more suitable point from which to attack, but the enemy launched a strong counterattack which threatened to cut off the company. Seeing an enemy platoon moving to outflank his company, he moved to higher ground and opened heavy and accurate fire. He was hit, and wounded, but continuing his attack he drove the enemy back with a loss of 27 killed. While withdrawing to overtake his squad, he found a seriously wounded comrade, helped him to the rear, and soon overtook his platoon leader, who was assisting another wounded. While these four were moving to rejoin their platoon, an enemy sniper appeared and aimed his weapon at the platoon leader. Private Fryar instantly sprang forward, received the full burst of automatic fire in his own body and fell mortally wounded. With his remaining strength he threw a hand grenade and killed the sniper. Private Fryar's indomitable fighting spirit and extraordinary gallantry above and beyond the call of duty contributed outstandingly to the success of the battalion's withdrawal and its subsequent attack and defeat of the enemy. His heroic action in unhesitatingly giving his own life for his comrade in arms exemplifies the highest tradition of the U.S. Armed Forces.