3 Commando Brigade In The Falklands: No Picnic
By Julian Thompson

Staff member
Janze ​
Carl Philip ​
2 Regiment (4 Company) ​
Private ​
K/69640 ​
11th February 1944 ​
Cassino Memorial,Italy Panel 15 ​
Canada​
from Hazelton,British Columbia​
born 9.8.1924 Hazelton,British Columbia​
son of Gottfried and Flora (nee McIntosh) Janze​
truck driver in civilian life​
KIA Italy (drowned in Mussolini Canal,near Anzio)​
​
Carl Philip Janze was born in Hazelton, British Columbia the son of Gottfried and Flora Janze.​
His father passed away when he was just two years old; his mother remarried a few years later and he was raised by his mother and step-father, Franklin Martin​
Carl was educated in Hazelton, BC but he left school before graduating to help his stepfather as a truck driver and at the family garage. Carl had also been employed for a short period as a convenience store clerk and switchboard operator and in the summers worked as a forest fire lookout.​
An active young man, Carl enjoyed playing badminton and ping-pong, swimming and hunting, and playing the guitar and harmonica and also enjoyed going to the movies and dances.​
Carl enlisted for military service on Oct 30, 1942 in Vancouver BC, he took his basic training at Chilliwack, BC then went to Camp Borden, Ontario and trained as a tank driver.​
At the end of September 1943 he transferred to the 1st Canadian Service Battalion and into the First Special Serivce Force being assigned to 4th Company - 2nd Regiment. Carl joined the FSSF after the Aleutian Campaign and shortly before the FSSF set sail from Virginia on the Empress of Scotland at the end of October 1943.​
On February 11, 1944, Carl was a member of a night patrol which crossed a canal (Mussolini?) and on their return the boat overturned and Carl went missing.​
Carl Janze was listed as MIA (Missing in Action) until his remains were discovered at sea by the US Navy, almost a month later, on March 6, 1944.​
Carl was buried at sea by the US Navy, Carl P. Janze's name is listed on Panel 15 at the Cassino Memorial Cemetery in Cassino, Italy.​
Survived by his mother, step-father, two brothers, a sister and five step-siblings.​ 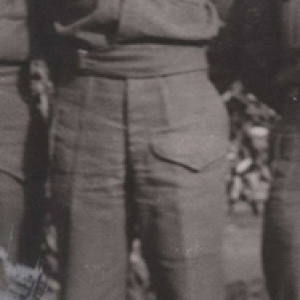 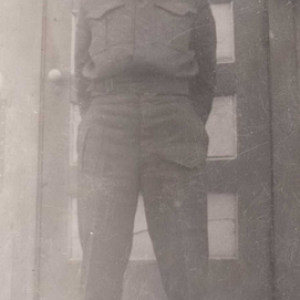 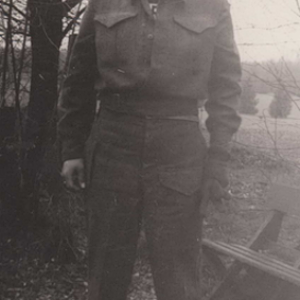 The Black Devil Brigade: The True Story of the First Special Service Force
By Joseph A. Springer