GARBO: The Spy Who Saved D-Day
By Mark Seaman

Staff member
Klinkert​
Charles Rufus​
37 Aerospace Rescue and Recovery Squadron (3 A.R.R. Group)​
Lieutenant Colonel​
​
Silver Star​
South East Asia 1968-69​
born 2.7.1923 Long Beach,California​
son of Charles and Violet Mae (nee Credit) Klinkert​
married Darlyn 1944 (3 daughters Charlyn,Shirley and Candace)​
died 13.7.2015 Fallbrook,California​
Riverside National Cemetery,Riverside,Riverside County,California Section 61A Site 277​
​
When WWII began Chuck knew he wanted to be a pilot and enlisted into the Army-Air Corp. He was part of the 9th AF 434th Troop Carrier Group and the 74th Troop Carrier Squadron in Europe and Africa. When the war ended he was a partner in Acme Aircraft Company at Torrance Airport. He restored WWII planes, performed aircraft maintenance, and gave flying lessons. He was also in the Army Air Corp/Air Force Reserve. ​
​
When the Korean War started Chuck signed up for the Air Force and went off to Korea. He was part of 452nd & 17th Bomb Wing. Chuck was then stationed at Holloman Air Force Base in New Mexico working in Air Research & Development. Two years later he was sent to Iran through the US Embassy as an Advisor to the Iranian Air Force. Then he was stationed in Roswell, NM working in SAC-6 Bomb Wing. His next assignment was at March Air Force Base 15th Air Force. From March he was stationed in Taiwan as an Advisor to the Taiwanese Air Force. His next set of orders were to Vietnam as a Helicopter Pilot and Squadron Commander for the Jolly Green Rescue & Recovery. Chuck was then assigned to Norton Air Force Base working in the Inspector General's office. His final assignment was back to March Air Force Base where he retired in 1972. ​
​
Chuck was awarded numerous medals during his Military career including the Silver and Bronze Star, Distinguished Flying Cross, Air Medal, Air Force Outstanding Unit Award, Air Force Commendation Medal, Good Conduct Medal, Military Merit, Air Force Longevity Service Award Ribbon. ​
​
After Chuck retired he built his retirement home in Fallbrook and continued to be involved in flying as a licensed Commercial Pilot, Flying Instructor, and Airplane Mechanic at the old Temecula Airfield and French Valley Airport.​
​ 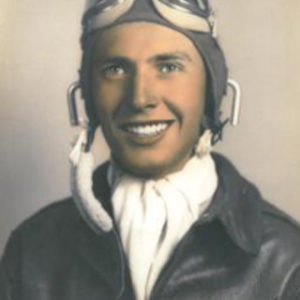