Navy Seals: A History: Post-Vietnam to the Present
By Kevin Dockery, Bud Brutsman 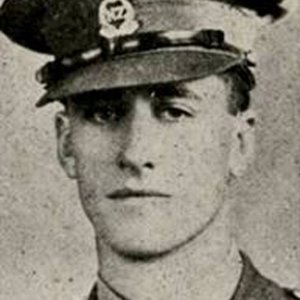 Twenty-eight Tongans, commanded by Lieutenant B. Masefield,1 increased the strength of Tripp's unit to 203 before it went into action on New Georgia.

Masefield, a most able leader, was the first New Zealand casualty among the commandos. He had spent some days with four of his Tongans in enemy territory, reaching the Bairoko Trail and moving along it to the outskirts of the Munda airfield. He was unfortunately killed while patrolling ahead of the Americans, caught in their artillery barrage. Two of the Tongans were wounded by splinters from the shell which killed their leader.

Ben Masefield's death was one of the worst blows the commandos sustained. The men were groggy with lack of sleep, and this sudden information hit their morale below the belt. The Tongans almost worshipped Ben, and no words could describe the admiration the New Zealanders held for him. Like the "Boss" he was a born leader, and his marksmanship was as deft as the legendary tales of Robin Hood's. Ben was not unlike this legendary figure either—in his specially made green suit and soft green hat pinned up at one side with a feather.

One of the Americans who worked with the commandos was Lieutenant Johnny Cox. Johnny had an outstanding personality and an infectious Southern drawl. He became very popular through his wit and skill in handling weapons, and the New Zealanders were disappointed when he had to return to his unit. Johnny was one of the best pistol shots in his Division. One day the commando sergeant-major thought he would try Johnny out and he tossed his hat in the air, saying: "Have a shot at that!" From twenty yards Johnny put two holes in the hat before it hit the ground—much to the consternation of the sergeant-major. The New Zealanders in the commandos were all first class shots but they were not up to this standard. It was always regretted that as Lieutenant Ben Masefield, New Zealand's best, was in Tonga at this time, a match could not be arranged between these two crack shots.

Ben Masefield had a father that was New Zealand's top shot 5 times, so Ben Masefield got his shooting ability from his Dad:

This is a better link, showing all 5 times William Norris Masefield won.

Ben Masefield had a brother who died at college - Christs College, so the family died out, but the Tongans remember him!

Tonga named their main Defence Base after him... His Majesty’s Navy Base Masefield

On Friday night, the Colonel-in-Chief of His Majesty's Armed Forces, Crown Pince Tupouto'a, hosted what almost everyone present agreed, and was the first and best functions of 1974 when the new TDF Masefield House was opened at Touliki.

Hey, that to me is special, he is now almost forgotten here in New Zealand, But the Tongans remember him and will keep on remembering him, plus websites like this, keep his memory going