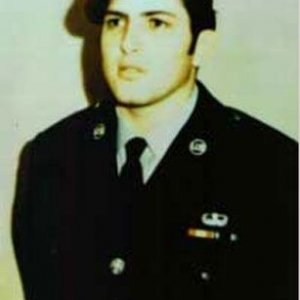 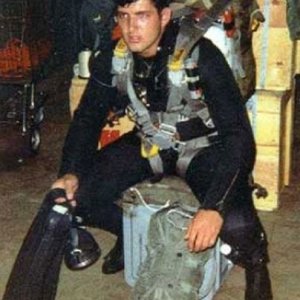 Air Force Cross : The President of the United States of America, authorized by Title 10, Section 8742, United States Code, takes pride in presenting the Air Force Cross (Posthumously) to Sergeant Larry Wayne Maysey (AFSN: 12751422), United States Air Force, for extraordinary heroism in connection with military operations against an opposing armed force as an HH-3E Rescue Specialist (Pararescueman) of the 37th Aerospace Rescue and Recovery Squadron, 3d Air Rescue and Recovery Group, DaNang Air Base, Vietnam, in Southeast Asia on 9 November 1967. On that date, Sergeant Maysey attempted the night extraction of a ground reconnaissance team after his helicopter had been severely damaged. Two other helicopters had been shot down and a third extensively damaged in previous attempts. During the rescue attempt, Sergeant Maysey unhesitatingly exposed himself to the hail of hostile fire to assist wounded survivors into the helicopter. The hostile forces closed in quickly, and as the damaged helicopter departed, it was shot down. Though his extraordinary heroism, superb airmanship, and aggressiveness in the face of the enemy, Sergeant Maysey reflected the highest credit upon himself and the United States Air Force.