Staff member
Moran ​
John Patrick (Spike) ​
SOE Greece ​
Second Lieutenant​
251736 ​
Military Cross,Greek Military Cross ​
Greece 1943 ​
parent unit Royal Engineers (58 Bomb Disposal Section,formerly known as 34 BDS,Cyprus)​
later Major​
​
E-mail from his son Patrick​
​
Hi John, Firstly I'd like to congratulate you on such a great website. I stumbled across it whilst trawling the internet to research my fathers military history. He died when I was aged 10 so I never had any discussions with him about his days in WW2. I have photo's, newspaper clippings featuring him and various army documents of his, that kick-started my research. I've recently discovered 2 books that feature him; 'Greek Assignments SOE 1943 - 1948 UNSCOB' by Michael Ward and 'A Greek Experience 1943 -1948' by Nigel Clive. Both very interesting reads. I would very much like to add my late father, Major John Patrick (Spike) Moran (Army number: 251736), to your Roll of Honour. He was awarded the Greek Military Cross for his efforts in Greece after parachuting into the mountains in Epirus, Greece, in 1943 after having joined SOE as a fluent Greek speaker. His parent regiment was Royal Engineers 58 section Bomb Disposal (formerly called 34 section BD, I believe) and based in Cyprus. He was in Greece with Christopher (Monty) Woodhouse, my brothers Godfather incidentally, and Cecil (Tom) Barnes, the latter of which was attached along with my father to General Zervas of EDES, one of the resistance/partisan/andartes group leaders. It's become clear from my readings that my fathers strongest points were his expertise in sabotage and his charm & friendliness. My mother is currently digging out old photo's for me - will offer more for your website if welcomed. The one I am attaching to this e-mail is of my dad in Greece taken by Nigel Clive the author of A Greek Experience and features in his book.​
After the war my father stayed on in Greece as a British observer for UNSCOB which ended in 1952.​
In civilian life he was a Civil Engineer living in England and Cyprus.​
Born: 10 June 1920 Newcastle, UK​
Died: 11 March 1979 Cyprus​ 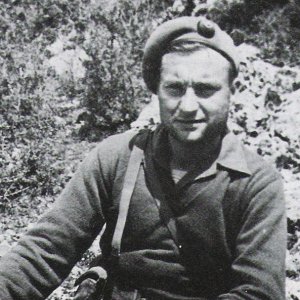 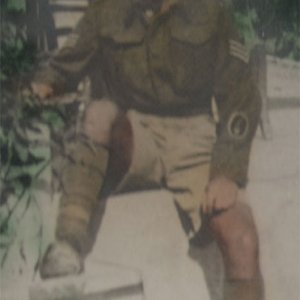 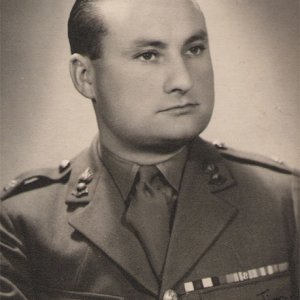 I was acquainted with Johnny Moran way back in the late 1960s/early 1970s. I remember that he also had a Greek award. I often wondered how he came to be a fluent Greek speaker. I think he could read ancient Greek as well? My uncle was taught a specific language when he was in the army during WW2, so he could work in intelligence. Were Special Forces taught languages, similarly?
P

passerby said:
I was acquainted with Johnny Moran way back in the late 1960s/early 1970s. I remember that he also had a Greek award. I often wondered how he came to be a fluent Greek speaker. I think he could read ancient Greek as well? My uncle was taught a specific language when he was in the army during WW2, so he could work in intelligence. Were Special Forces taught languages, similarly?
Click to expand...

Spike/my father, was given basic Greek language lessons before being dropped into Greece and practised his grammar in bed. He learnt the rest in Greece. Given, that his task was to demolish/sabotage German interests and supply lines and also to liase with the Greek resistance, I reckon he would have only needed enough command of the Greek language to befriend and therefore not needed the much higher degree that would be needed to deceive, the local populas. Of the ten years I had with him, 3.5 years were spent in Cyprus and I remember when he spoke Greek, the locals thought he was Greek. So he did master the language. As for whether he could read ancient Greek or not I am not sure, but do know my mother had lessons in a more modern form of Greek when we were in Cyprus.
Last edited: Sep 28, 2012
J

Hi Patrick. You dad was my cousin and I knew him both before and after you were born. He told me his first words of Greek were taught by a girl friend in England which got him on a course for further lessons with the army. My mother Vi McKenna was his Aunt and my father, Jim McKenna, by chance put him through parachute training in Cairo before John went into Greece. Stay in touch, Jim McKenna
K

Hi Patrick
Good to read about your Dad he was my half cousin although i always called him uncle john i did some brickwork for him in the 70's in London and he came to visit us in Ramsgate Kent about 1971/2 with your mum and you if i remember correctly my dad was harry kinnear. Keep in touch regards
David Kinnear
Share:
Facebook Twitter Reddit Pinterest Tumblr WhatsApp Email Share Link
Top