A Special Kind of Courage: Bomb Disposal and the Inside Story of 321 EOD Squadron
By Chris Ryder

Staff member
Murphy​
Thomas Ernest​
U.S.N. Seal Team 2​
Lieutenant Junior Grade​
0-701888/110​
Silver Star​
South Vietnam 1969​
from Tucson,Arizona​
born 3.12.1943​
graduated USN Academy,Annapolis 1966​
Chief,Plans Division,US Forces,Caribbean 1982-84 (Captain)​
award Defense Superior Service Medal​
Seal Team 6 (C.O.) 1986-87 (Captain) ​
Director of Naval Intelligence's Assistant for Interagency Coordination,Washington,D.C. 1988-91​
award Legion of Merit​
retired as Captain​
​
The President of the United States of America takes pleasure in presenting the Silver Star to Lieutenant, Junior Grade Thomas Ernest Murphy (NSN: 0-701888/110), United States Navy, for conspicuous gallantry and intrepidity in action while serving in the Republic of Vietnam on 2 March 1969. While patrolling in Cai Be district, a heavily defended Viet Cong base camp area, Lieutenant, Junior Grade, Murphy was acting as patrol leader and point man for a seven-man squad of the Fifth Platoon, SEAL Team Detachment ALFA. The squad approached a house containing a large size enemy force. As the squad moved close to the house they were sighted by the Viet Cong unit who immediately began to run from the house. Lieutenant, Junior Grade, Murphy knowing that he was closest to the escaping men pursued a group of five armed men as they tried to escape. Although he had exposed himself and was without supporting fire he managed to kill four of the group. Under his direction other members of the enemy unit were then taken under fire as they fled the area. The entire operation resulted in ten Viet Cong killed, six individual weapons, and five B-40 rockets captured. As a result of the skillful execution of the operation, there were no friendly casualties. Lieutenant, Junior Grade, Murphy's leadership, initiative, aggressiveness and courage under fire were in keeping with the highest traditions of the United States Naval Service.​ 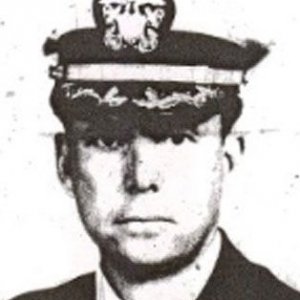