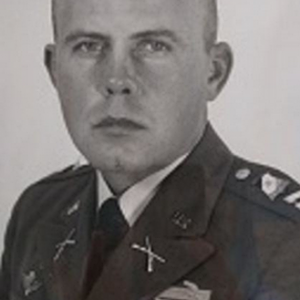 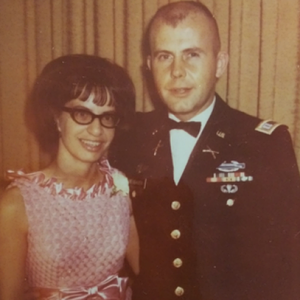 Distinguished Flying Cross : The President of the United States of America, authorized by Act of Congress, July 2, 1926, takes pleasure in presenting the Distinguished Flying Cross to Captain Ronald G. Neubauer, United States Army, for heroism while participating in aerial flight, evidenced by voluntary actions above and beyond the call of duty in the Republic of Vietnam. Captain Neubauer distinguished himself while serving as leader of an airborne personnel detector mission on a reconnaissance of known enemy positions. These inherently hazardous missions are flown at treetop level at sixty miles per hour speeds. As the Intelligence Officer, Captain Neubauer selected a flight pattern which would allow him to gather maximum intelligence information, although on numerous occasions he had received intense enemy fire while flying over the same area. Electing to fly in the lead helicopter for better command and control of the mission, Captain Neubauer encountered intense enemy fire in the area of operation. Deploying his escorting gunships, he directed suppressive fire against the enemy positions. Shortly after this enemy action, Captain Neubauer's helicopter struck a tree, crashed and burned. Captain Neubauer's outstanding courage and devotion to duty, at the cost of his life, were in keeping with the highest traditions of the military service and reflect great credit upon himself, his unit, and the United States Army.
Last edited by a moderator: Sep 10, 2021