My War in the SOE: Behind Enemy Lines in France and Burma with the Special Operations Executive
By Harry Verlander

Staff member
Orrell​
Bennie D.​
40 Aerospace Rescue and Recovery Squadron​
Captain​
0-3230924​
Air Force Cross​
Laos 1972​
born 17.8.1941 Ransom,Kansas (AFC citation) (see below)​
pilot​
retired as Colonel​
​
​
Bennie Orrell was born on July 11, 1946, in Ransom, Kansas. He was commissioned a 2d Lt in the U.S. Air Force through the Air Force ROTC program on May 25, 1968, and went on active duty beginning June 16, 1968. Lt Orrell next completed Undergraduate Pilot Training at Williams AFB, Arizona, in July 1969, followed by C-141 Starlifter upgrade training in January 1970. His first assignment was as a C-141 pilot with the 8th Military Airlift Squadron at McChord AFB, Washington, from May 1970 to April 1971, followed by helicopter pilot training at Fort Rucker, Alabama, from April to July 1971. After completing HH-53 Super Jolly Green Giant upgrade training, Lt Orrell served as an HH-53C pilot with the 40th Aerospace Rescue and Recovery Squadron at Nakhon Phanom Royal Thai AFB, Thailand, from October 1971 to October 1972, and then as an H-53 instructor pilot with the 1551st Flying Training Squadron at Hill AFB, Utah, from October 1972 to February 1975. He received an Air Force Institute of Technology assignment to complete his Master's Degree from February 1975 to July 1976, and then served with the 1606th Air Base Wing at Kirtland AFB, New Mexico, from July 1976 to June 1979. Maj Orrell next attended Air Command and Staff College at Maxwell AFB, Alabama, from June 1979 to June 1980, followed by service with the 1550th Aircrew Training and Test Wing at Kirtland AFB from June 1980 to October 1982. LtCol Orrell served as a staff officer with Headquarters 23rd Air Force at Scott AFB, Illinois, from October 1982 to July 1984, and then as Commander of the 55th Aerospace Rescue and Recovery Squadron at Eglin AFB, Florida, from July 1984 to November 1986. His next assignment was on the staff of the 39th Aerospace Rescue and Recovery Wing at Eglin AFB from November 1986 to June 1987, and he then attended Air War College at Maxwell AFB from June 1987 to May 1988. Col Orrell served as Assistant Deputy Commander for Operations and then Deputy Commander for Operations with the 1st Special Operations Wing at Hurlburt Field, Florida, from June 1988 to August 1991, and during this time he participated in combat and other operations including the search for Congressman Mickey Leland in Ethiopia in August 1989, the President's War on Drugs in Columbia, the Panama Invasion in December 1989-January 1990, Operation Desert Shield from August 1990 to January 1991, the evacuation of the American Embassy in Somalia in January 1991, and the Persian Gulf War from January to April 1991. His next assignment was as Vice Commander of the 39th Special Operations Wing at Rhein-Main AB, Germany, and at RAF Alconbury, England, from August 1991 to November 1992, followed by service as Commander of the 352nd Special Operations Group at RAF Alconbury from December 1992 to July 1994. He attended the National War College at Fort McNair, Washington, D.C., from December 1994 to December 1995, and then served on the staff of the Air Force Element of U.S. Special Operations Command at the Pentagon from December 1995 until his retirement from the Air Force on July 1, 1998.​
​ 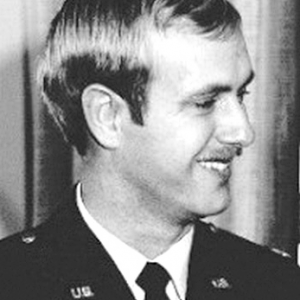