Shadows Of A Forgotten Past: To The Edge With The Rhodesian SAS And Selous Scouts
By Paul French

Staff member
Reed-Olsen ​
Oluf Bernhard ​
SIS ​
Captain ​
​
Distinguished Service Cross (GB),War Cross with sword (Norway) ​
Norway 1943-44 ​
born 8.7.1918 Aker​
​
He was born in Aker. He grew up in Bestum and graduated from middle school at Ullern in 1934. He then took commerce school and took pilot education in the airline Wider?e's Flyveselskap.​
​
World War II​
​
Sabotage and escape​
​
When World War II reached Norway with a Nazi German invasion on 9 April 1940, he started resistance work on the same day. On the night between 13 and 14 April he famously blew up the Lysaker Bridge together with K?re Moe and Leif Moe. This sabotage had national-level repercussions, in that it contributed to the surfacing of the Administrative Council on the next day. The Nazis soon took control over Norway, and Reed-Olsen and K?re Moe was tasked to photograph and spy on German installments, most importantly at Oslo Airport, Fornebu. Reed-Olsen had easier access around town because he had joined the civil firefighting squad of Furulund as a team leader, and owned a motorbike. They were caught after breaking into a crashed aircraft at Fornebu. Although the Germans did not know the nature of their actions, they were apprehended and sent to Oslo. However, at Lysaker Bridge the lorry slowed down because of the bridge damage, and the two escaped from the lorry, jumped into Lysakerelva, swam further down and eventually careered to their homes. The two fled Norway by boat from Bestumkilen on 2 September. Reed-Olsen bought the boat after selling his motorbike. They first sailed down the Norwegian coast, and picked up a third man Rolf Gabrielsen whom they met in Mandal. They finally left for the United Kingdom from Farsund on 14 September. According to Reed-Olsen, they had almost reached the Aberdeen district when the wind turned and brought them as far east as Jutland. After the wind turned again, they almost reached the Thames, when on 29 September they were picked up by the British destroyer HMS Bedouin. After an excursion when the ship had to salvage crashed pilots (one of five was alive), the Norwegians set foot in Edinburgh on 4 October.​
​
Air service and intelligence​
​
They soon travelled to London. They reported at the Norwegian recruiting office, spent one month in the city before leaving for Canada via Scotland, on the ocean liner SS Duchess of Richmond. They reached Toronto and was drafted into the Royal Norwegian Navy Air Service. They were stationed on the Norwegian steamship Iris before the training camp Little Norway opened, and then about three months at Toronto Flying Club before finally going to Little Norway. Reed-Olsen graduated from the air force academy there in 1941. They then went on a fourteen day boat trip from Halifax, Canada via England and Scotland to Iceland.​
​
He served in the No. 330 Squadron RAF. From 1942 he underwent training in intelligence, telegraphy and parachuting. On 20 April 1943 he was paradropped over Eiker, from whence he bicycled to Southern Norway. He performed intelligence radio broadcasts from the Birkenes district and elsewhere. He served the Secret Intelligence Service. In the autumn of 1943 he operated the radio station codenamed Meton in Lommedalen together with Hjelm Waage Thurn-Basberg,with whom he had worked in Southern Norway. Meton was one of nine illegal transmitters in B?rum; four of these belonged to the Secret Intelligence Service. It was also transmitted from Kols?s for a short time.​
​
Both Reed-Olsen and Thurn-Basberg fled to England via Sweden shortly thereafter. Reed-Olsen then had another stay in Norway before going to Canada again. In 1944 he married Joan Whiteside in Toronto. Lastly, he went on a fundraiser tour in the United States for the post-war rebuilding of Norway. For his efforts he was decorated with the War Cross With Sword and the Distinguished Service Cross.​
Op.Centaur 1943​
Op.Makir 1944​
​
Post-war life​
​
After the war he worked for the Royal Norwegian Air Force (as a Captain), then the civil companies Det Norske Luftfartsselskap and Norsk Br?ndselolje before becoming an independent businessman. He also dedicated himself to Scouting, arranged summer camps at H??ya and was a board member of the Norwegian Guide and Scout Association. He chronicled his war experiences in the books Contact (1946, reissued 1983) and Vi kommer igjen (1953). The first book was made into the motion picture Kontakt in 1956, with Reed-Olsen contributing as a screenwriter and actor. He died 14th October 2002 in Oslo.​
​
Honours and awards​
​
War Cross with sword (1944)​
Norwegian War Medal​
Defence Medal 1940?1945 with rosette​
Distinguished Service Cross (United Kingdom)​ 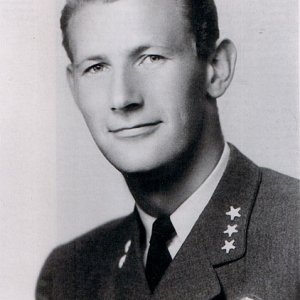