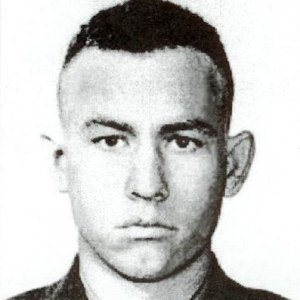 ​
Private Smith was killed in combat with the Japanese during the Makin raid August 17 1942. After the battle Colonel Carlson made arrangements for the raiders killed during the raid to be buried by native islanders. Private Smiths body was buried on the island which remained in enemy hands after Carlson and the raiders departed for home. He was officially listed as KIA August 19 1943. The location of the burials on Makin was located in 1999. The remains of 19 Marines and an Islander were identified. Six Raider families including Private Smith claimed and buried remains privately; 13 others were interred at Arlington National Ceremony under a full-honors ceremony.​