Secret and Dangerous: Night of the Son Tay POW Raid
By William A. Guenon, Jr. 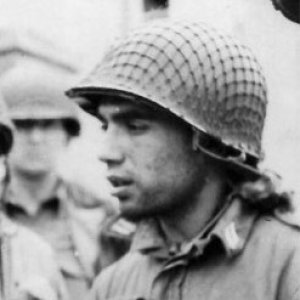 ​
On D-Day, the 6th of June, 1944, Alexander Suer jumped over near Ste Mère Eglise. When the fights started to slow down, he and Dr Robert Franco organized a first-aid post in the hospice of the village, a big building located at the northern exit along the road towards Montebourg.​
​
"Pete" Sweat stayed in the hospice and did the best he could to give first aid to the wounded people whatever was their nationality, and to collect them on the battlefield in order to move them towards the first aid post. Because of the care he gave to his patients, despite the German firings, during 56 hours without resting, Alexander P Suer was awarded with the Silver Star Medal.​
​
Then, it was operation Market Garden. Alexander Suer carried on collecting the wounded soldiers during the violent fights driving his Jeep.​
​
But that was during the battle of the Bulge that his fate was about to be sealed. On December 23rd, "Pete Suer" had to collect two wounded people who were waiting for urgent care near the German lines. Three male nurses came along, but all alone he crawled defenseless towards the soldiers.​
​
Then at that very moment shootings of mortar hit his legs and crushed his two feet. He required that both wounded soldiers would be moved away before him. Then, he was moved away too. The seriousness of his wounds was so important that Alexander P Suer had to be moved to Liège hospital then towards Paris and from there by plane towards the big military hospital Walter Reed near Washington.​