Staff member
Tedman​
Peter​
CDT 4 (RAN) (C.O.)​
Lieutenant Commander​
​
Distinguished Service Medal​
East Timor 1999​
Commander Peter Tedman​
​
Commander Peter Tedman was born in Brisbane, Queensland and joined the Royal Australian Navy as a Junior Recruit in July 1973. He completed category training as a Clearance Diver in 1975 and subsequently served in Clearance Diving Teams One and Two and HMA Ships Supply and Stalwart. In 1981 he was Promoted to Petty Officer and selected for service with the Special Air Service Regiment (SASR). He served on-line with the SAS until 1986 when he was posted to HMAS Moreton as the Chief Bosun's Mate. In 1987 he was promoted to Chief Petty Officer and posted to HMAS Penguin as the diving training quality control officer.​
In 1989 Chief Tedman was selected for commissioned rank. On completion of initial Officer training at the Royal Australian Naval College Sub-Lieutenant Tedman commenced Seaman Officers' specialist training, gaining his bridge watchkeeping certificate onboard HMAS Derwent. In 1992 Lieutenant Tedman was posted to the SASR as the Operations Officer of 1 SAS Squadron and subsequently the Second-In-Command of 2 SAS Squadron.​
In 1995 Lieutenant Tedman posted as the Executive Officer (XO) of Australian Clearance Diving Team Four (AUSCDT FOUR). During his tenure as XO he was selected to deploy to Iraq as part of a United Nations team to manage the destruction of the Al Hakem chemical and biological agent production facility.​
Promoted to Lieutenant Commander in 1998 he was selected as the Boarding Officer for Australia's first deployment to the Southern Ocean to enforce the economic exclusion zone around Macquarie and Heard Islands. On completion of the RAN Staff Course he was posted as the Commanding Officer of AUSCDT FOUR. In late 1999 Lieutenant Commander Tedman led the first Clearance Diving contingent to East Timor as part of the International Force East Timor (INTERFET). The team was responsible for clearing the ports and beaches throughout East Timor to allow the passage of military and humanitarian aid. As part of the clearance operations the team completed a clandestine beach reconnaissance into the militia held Occussi enclave in West Timor. Lieutenant Commander Tedman was awarded a Distinguished Service Medal for distinguished leadership during operations in East Timor.​
In 2003 Lieutenant Commander Tedman was promoted to Commander and assumed the duties of Deputy Commander of the Mine Warfare and Clearance Diving Group. In 2005 he was posted as Chief of Staff to Commodore Flotillas and in 2007 deployed to the North Arabian Gulf as Chief Staff Officer Operations to CTF158. In January 2010 Commander Tedman was posted as the Commander Maritime Task Group for Operation Queensland Flood Assist (QFA). Commander Tedman assumed Command of Naval Headquarters South Queensland in June 2013. In the 2014 Queen's Birthday honours list Commander Tedman was awarded a Medal of the Order of Australia.​
Commander Tedman holds a Bachelor of Arts in Politics and International Studies.​ 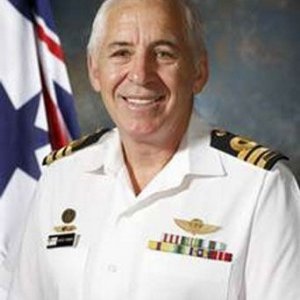