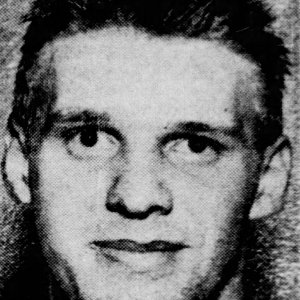 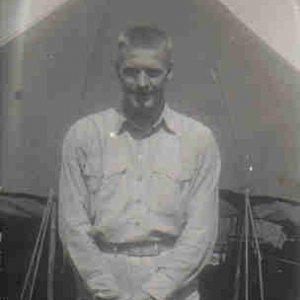 Navy Cross : The President of the United States of America takes pride in presenting the Navy Cross (Posthumously) to Sergeant Thorborn M. Thostenson (MCSN: 371063), United States Marine Corps, for extraordinary heroism as a Squad Leader, serving with Company C, First Battalion, Twenty-Eighth Marines, FIFTH Marine Division, in action against enemy Japanese forces on Iwo Jima, Volcano Islands, 19 February 1945. With his squad pinned down by heavy rifle and machine-gun fire emanating from a hostile pillbox manned by eleven Japanese, Sergeant Thostenson boldly advanced alone against the enemy position, throwing hand grenades and proceeding through devastating barrages to the entrance of the emplacement. Placing a demolition charge inside the fortification, he succeeded in destroying the pillbox and in killing all the Japanese occupants, thereby enabling his unit to resume its advance cross the island. By his daring initiative, fearless leadership and gallant devotion to duty in the face of certain peril, Sergeant Thostenson contributed materially to the success of our forces in the bitter fighting on Iwo, and his indomitable fighting spirit and heroic conduct throughout were inspiring to those with whom he served, and reflect the highest credit upon himself and the United States Naval Service. He gallantly gave his life for his country.