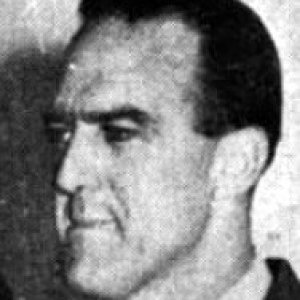 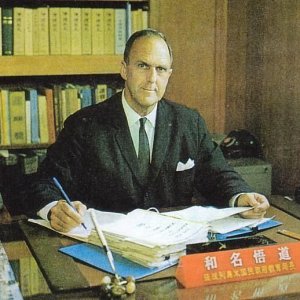 Navy Cross : The President of the United States of America takes pleasure in presenting the Navy Cross to Captain Gordon Warner (MCSN: 0-5437), United States Marine Corps Reserve, for extraordinary heroism and distinguished service while serving as Battalion Liaison Officer and later as Commanding Officer of Company B, First Battalion, Third Marines, THIRD Marine Division (Reinforced), during action against enemy Japanese forces on Bougainville Island, Solomon Islands, on 1 and 7 November 1943. Landing at Cape Torokina on the heavily defended enemy beach, Captain Warner unhesitatingly rushed ashore, planted an American Flag on the beach and, taunting the Japanese in their own language to come out and get it, so aroused the enemy forces that they opened fire and threw grenades at him, thus revealing their carefully camouflaged positions. Personally accounting for several enemy dead in the ensuing action, Captain Warner then charged through the hostile positions and, organizing a small group of Marines at the rear, led them in successful attacks on the Japanese bunkers. During the battle at the Koromokina River on 7 November he directed his company in fierce combat with counterattacking enemy forces and, while guiding a tank to the concealed hostile machine-gun emplacements he had discovered by repeating his heroic challenging tactics, was suddenly fired upon at extremely close range by the only remaining gun. As he collapsed to the ground, the tank proceeded on and crushed the enemy weapon. Captain Warner's gallant leadership and valiant conduct were an inspiration to the men of his command and reflect great credit upon himself and the United States Naval Service.