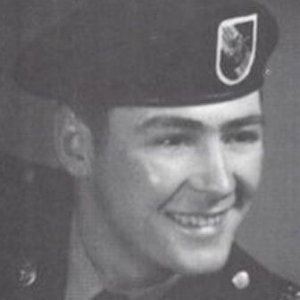 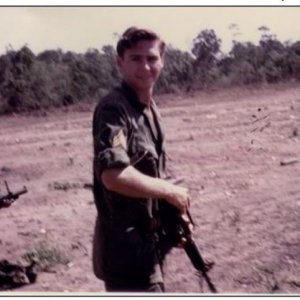 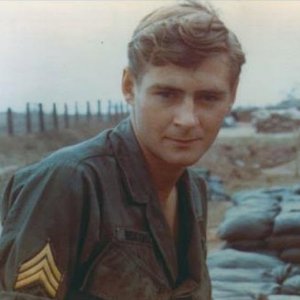 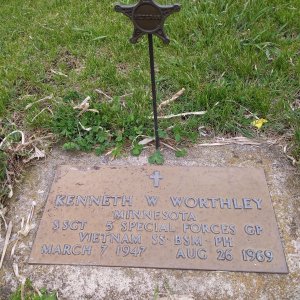 Silver Star : For gallantry in action while engaged in military operations involving conflict with an armed hostile Force in the Republic of Vietnam: Sergeant Worthley distinguished himself by exceptionally valorous actions on 25 and 26 August 1969 while leader of a long range reconnaissance patrol deep in enemy controlled territory. After moving a short distance from their helicopter landing zone, Sergeant Worthley halted the allied team in order to verify their position and listen for possible enemy movement. As the troopers took up defensive positions, two North Vietnamese trackers were spotted a short distance away. Suspecting them to be forward elements of a larger force, Sergeant Worthley ordered his men to commence firing. The two enemy soldiers cut down, he signaled the team to abandon the area, but before they could move, a third tracker opened fire on their flank. Sergeant Worthley responded with a burst of rifle fire, instantly silencing the enemy soldier. He then led his team in maneuvers intended to evade any pursuer in the mountainous jungle terrain. Poor radio communications and deteriorating weather precluded a helicopter extraction at that time and made it necessary for the team to spend the night in the jungle. Having narrowly escaped enemy detection in the night, Sergeant Worthley led the team in the morning to locate a suitable landing zone, encountering and killing two enemy soldiers on their way. The team soon established a landing zone and set up a defensive perimeter about it. As the extraction helicopters arrived on station and began their descent, however, they suddenly came under intense ground fire from hidden enemy elements. Anxious that his men be rescued, Sergeant Worthley ran out onto the open to guide in the helicopters and was mortally wounded by a volley of enemy fire. Sergeant Worthley’s gallantry in action, at the cost of his life, was in keeping with the highest traditions of the military service and reflects great credit upon himself, his unit, and the United States Army.
Last edited by a moderator: Jan 22, 2021