The Joker: 20 Years Inside the SAS
By Peter Scholey 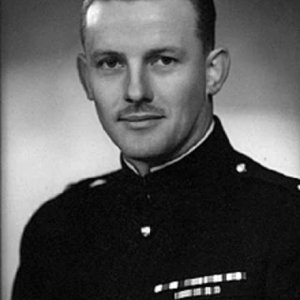 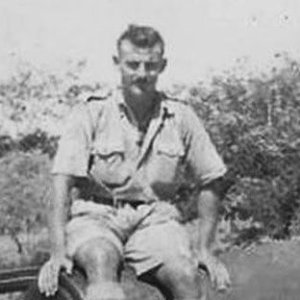 ​
In the winter of 1944-45, Addington was a battery captain with 13th Honourable Artillery Company (HAC) Royal Horse Artillery (RHA), taking part in the drive eastwards towards the German border. In Holland he frequently supported armoured regiments or, as a forward observation officer, looked out precariously from farmhouses a few hundred yards from an enemy whose gunners were often well aware of his location.​
​
Raymond Thomas Casamajor Addington, the third son of the 6th Viscount Sidmouth, was born on January 27 1919 at Quetta, India (now in Pakistan). His father was then in the 26th King George's Own Light Cavalry, serving in Waziristan.​
​
Tom was educated at Downside before going to the RMA Woolwich, where he excelled in all sports and scoring the winning try in the last match between "The Shop" and the much larger Sandhurst.​
​
He was commissioned in 1939 into 13th (HAC) RHA. On the outbreak of war, much to his frustration, he was given the job of training recruits but, in 1940, he joined No 5 Commando and two years later took part in the Madagascar campaign.​
​
Leading his company in a dawn raid, he surprised the local mayor, who was sharing his bed with several attractive companions.​
​
"No need for the pistol, Addington minor!" the man exclaimed in authoritative tone. To Addington's astonishment, the mayor had been the French master at his preparatory school.​
​
During his time with the Commandos, Addington was heavyweight boxing champion. After qualifying as a parachutist with 1st Airborne Division, he returned to his regiment shortly after D-Day and served with 11th Armoured Division from Normandy to the Baltic.​
​
In 1946 he became staff officer for physical training in Eastern Command and during this time he won the Army discus championship and came ninth in the All England Decathlon championship. He also represented Suffolk at squash.​
​
He served in Palestine and Egypt in 1948-49, then retired from the Army. After studying at the Royal Agricultural College, Cirencester, he farmed the family estate in Wiltshire. He built up a large dairy herd but, as he had injured his back parachuting during the war, the work eventually became too much and he turned to arable and beef cattle.​
​
Addington bought a flat in the Canary Isles and for the next 40 years spent the winters there. A friend describes him as a tall, dashing, handsome man, his face bronzed by the Lanzarote sun, a most generous host and always ready for a party.​
​
In 1947 he was on a ski lift in Switzerland when he met Veronique Wirtz, a newly-qualified Belgian doctor. He asked her three questions. "Can you speak English?" She answered, "No." "Can you cook?" It was "No" again. "Will you marry me?" Her answer was "Yes".​
​
Tom Addington's wife predeceased him, and he is survived by their three sons and four daughters.​
​
Major Tom Addington, born January 27 1919, died October 28 2011​
​
[SOURCE : TELEGRAPH]​