The Easy Day Was Yesterday: The extreme life of an SAS soldier
By Paul Jordan 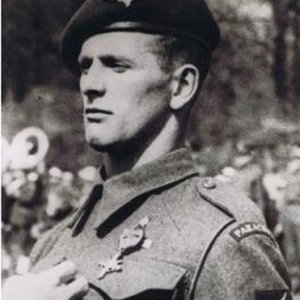 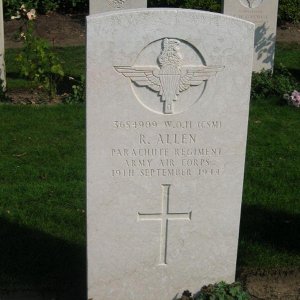 Distinguished Service Cross (USA) : The President of the United States of America, authorized by Act of Congress, July 9, 1918, takes pleasure in presenting the Distinguished Service Cross to Sergeant Reginald Allen, Royal British Army, for extraordinary heroism in connection with military operations against an armed enemy while serving with 3d Battalion, The Parachute Regiment, serving with the Army of the United States on 8 March 1943 near Tamera, Tunisia. When his platoon was attacked by a force of eighty Germans who maintained heavy pressure for four hours, and established machine guns within fifty yards, Sergeant Allen displayed great courage and leadership in directing his men to hold the enemy, organizing and leading them in a counter attack in which twenty Germans were killed and their machine guns captured. Later, when attacked from an unexpected direction, Sergeant Alien found himself facing an enemy section alone. Coolly standing his ground, his accurate fire killed several of the enemy and stopped their advance. When assistance arrived, he led the successful counter-attack which drove them from the area. His exceptional gallantry and inspirational leadership are in keeping with the highest military traditions.