The President of the United States of America takes pride in presenting the Navy Cross (Posthumously) to Private First Class Herman F. Arnold (MCSN: 318681), United States Marine Corps, for extraordinary heroism and conspicuous devotion to duty as a Radio Operator of Headquarters, FIRST Marine Raider Battalion, during the enemy Japanese attack on Henderson Field, Guadalcanal, Solomon Islands, on the night of 13 and 14 September 1942. After he had become separated from his own platoon and was unable to reestablish contact in the darkness, Private First Class Arnold with resolute determination and courageous initiative, made his way to the front lines. There, with utter disregard for his own personal safety, he entered into the thick of the fight and was killed in action. He gallantly gave up his life in the service of his country.
Click to expand... 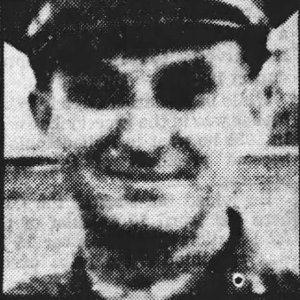 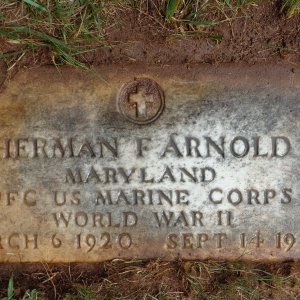 Herman served as a Private First Class, 1st Raiders Battalion, U.S. Marine Corps during World War II. He resided in Baltimore, Maryland prior to the war. Herman was "Killed In Action" at Guadalcanal during the war. He was awarded the "Navy Cross" and the Purple Heart. Serial # 318681 Son of...