We Few: U.S. Special Forces In Vietnam
By Nick Brokhausen 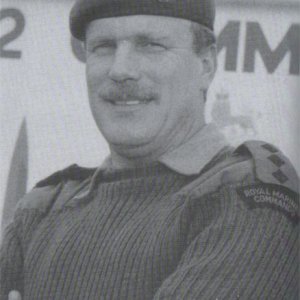 Military Cross : On the night of 11th/12th June 1982, on the Island of East Falkland, 42 Command Royal Marines began a silent night attack against strongly held enemy positions on the Mount Harriet feature, five kilometres to the west of Port Stanley.

Initially, in getting onto and amongst the rocky crags of Mount Harriet, undetected by the enemy, they achieved brilliant surprise. The enemy, caught off balance, reacted fiercely. Captain Babbington was commanding the leading Company as the fighting erupted.

In the midst of a ferocious fire fight, Captain Babbington calmly directed his men and used his tactical and support weapons to maximum devastating effect. His personal courage and cool professionalism were an inspiring example and a crucial factor in defeating the enemy.