Whispers in the Tall Grass
By Nick Brokhausen 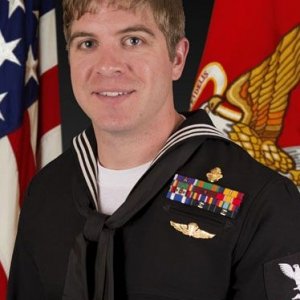 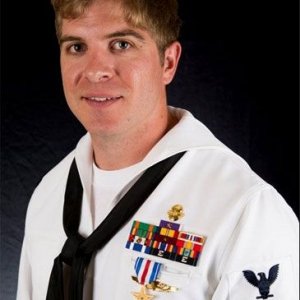 Silver Star : The President of the United States of America takes pleasure in presenting the Silver Star to Hospital Corpsman Second Class Kevin D. Baskin, United States Navy, for conspicuous gallantry and intrepidity in action against the enemy as Special Operations Corpsman, Marine Special Operations Team 8224, Second Marine Special Operations Battalion, Marine Special Operations Regiment, United States Marine Corps Forces, Special Operations Command on 25 April 2013 in support of Operation ENDURING FREEDOM. Hospital Corpsman Second Class Baskin courageously exposed himself to accurate fire numerous times when his team was pinned down by overwhelming fire from multiple concealed enemy positions outside Kushe Village. After a Marine was hit by enemy fire, he ran into the kill zone with total disregard for his personal safety to provide desperately needed aid. Once the Marine was stabilized, dragged to cover, and loaded into a casualty evacuation vehicle, one Afghanistan National Army Special Forces soldier was shot and Hospital Corpsman Second Class Baskin was shot in the back, although wounded he continued treating casualties while refusing medical treatment for his own injuries. Under intense fire, while simultaneously directing the evacuation of the wounded Marines, partner forces and himself, he laid down suppressive fire until every team member had evacuated the kill zone. His actions ultimately saved the lives of four of his teammates and his courage and quick thinking prevented further loss of life. By his bold initiative, undaunted courage, and complete dedication to duty, Hospital Corpsman Second Class Baskin reflected great credit upon himself and upheld the highest traditions of the Marine Corps and the United States Naval Service.