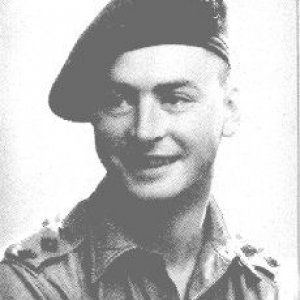 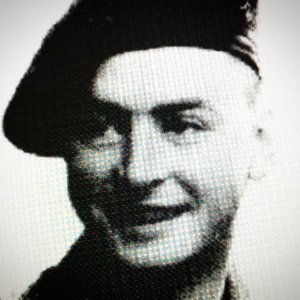 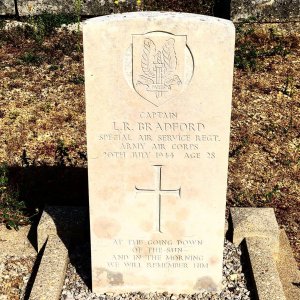 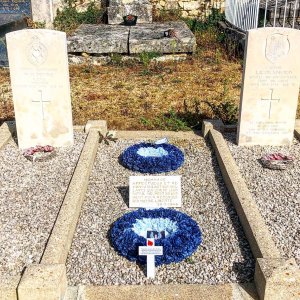 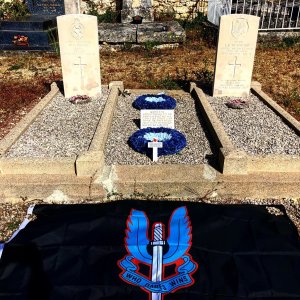 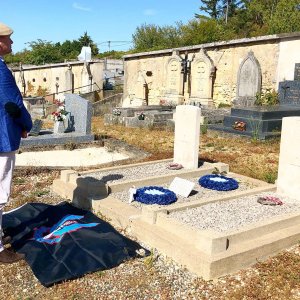 ​
Laurence Roy Bradford and his troop parachuted into the Morvan area of France on 21 June 1944 as part of Operation Houndsworth, to carry out attacks on the German forces, assisting the local Maquis in preventing reinforcements from reaching the invasion beaches.​
​
On 19th July 1944, he, with two of his troop, a REME mechanic, William Henry Devine and a young maquisard, set off by jeep to contact a Maquis in the area north of Clamecy.​
​
They travelled by night, avoiding the main roads as the RAF was strafing anything that moved. Driving through the small hamlet of Lucy-sur-Yonne early the next morning, they were waved down by two Germans, not realising that they were British soldiers. As the jeep raced on they found themselves in the midst of a stationary German troop convoy, breakfasting at the side of the road.​
​
Too late to turn back, they blazed away with their jeep-mounted machine guns, causing considerable casualties amongst the unprepared Germans.​
​
As they cleared the end of the convoy, a Spandau in the last truck opened fire, Bradford and-the REME craftsman were killed instantly and two of the others were wounded. They escaped into the nearby woods and subsequently rejoined their units.​
​
The dead were buried in the cemetery at Crain and in 1994, on the 50th Anniversary of this action, a memorial stone was erected by the local community beside the road, now named the Rue du 20 Juillet. [ SOURCE : FINDAGRAVE ]​