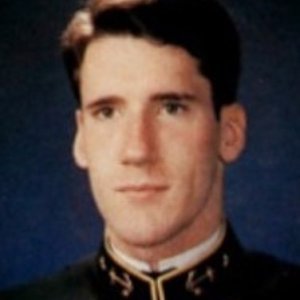 Navy Cross : The President of the United States of America takes pleasure in presenting the Navy Cross to Lieutenant, Junior Grade Thomas William Casey, United States Navy, for extraordinary heroism in action while serving as Commander of Sea-Air-Land Team FOUR (SEAL-4), GOLF Platoon during Operation JUST CAUSE, in action at Paitilla Airfield, Republic of Panama from 19 December 1989 to 21 December 1989. While leading his platoon into position to disable General Noriega's aircraft and deny it as a means of escape, Lieutenant, Junior Grade, Casey was engaged by heavy small arms fire. Without regard for his personal safety, he directed his platoon to return fire, firing his own weapon and killing one enemy soldier. Realizing his squad had sustained heavy casualties, Lieutenant, Junior Grade, Casey directed other SEAL elements to provide covering fire as he courageously moved to rescue the wounded. As the fire fight intensified and with nearby aircraft exploding in flames, he placed himself in front of the wounded and delivered devastating covering fire, neutralizing the enemy forces and enabling the wounded to be evacuated. Lieutenant (j.g. Casey's heroic leadership and courage under fire unquestionably saved many lives, were a catalyst to the fighting spirit and resolve of his men, and were critical to his unit's mission success. By his extraordinary bravery, bold initiative, and inspiring devotion to duty, Lieutenant, Junior Grade, Casey reflected great credit upon himself and upheld the highest traditions of the United States Naval Service.

By Water Beneath the Walls: The Rise of the Navy SEALS
By Benjamin H. Milligan