Someone Will Come for You: A Story of the Carpetbaggers
By David H. Kibble-White 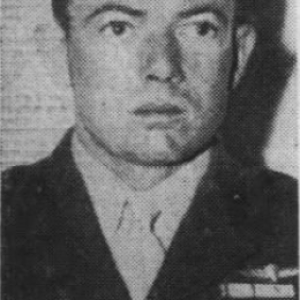 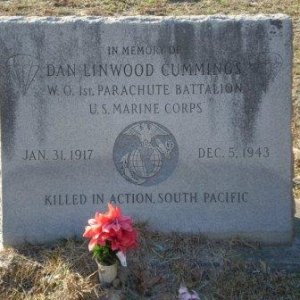 Silver Star : The President of the United States of America takes pride in presenting the Silver Star (Posthumously) to Warrant Officer Dan L. Cummings (MCSN: 0-19847), United States Marine Corps, for conspicuous gallantry and intrepidity while attached to the First Marine Parachute Battalion during action against enemy Japanese forces near Koi-ari, Bougainville, Solomon Islands on 29 November 1943. Attached to part of a Task Organization erroneously landed at a point one thousand yards from the main body raiding behind enemy lines, Warrant Officer Cummings, alone and under hostile fire, courageously worked his way through the hazardous area and after establishing contact with the main body, returned to his isolated comrades and guided them to the main group. Although wounded during this action, Warrant Officer Cummings continued to perform his essential duties as adjutant repeatedly exposing himself to enemy fire until he was again seriously wounded. His valiant fighting spirit and inspiring conduct throughout were in keeping with the highest traditions of the United States Naval Services. He gallantly gave his life for his country.