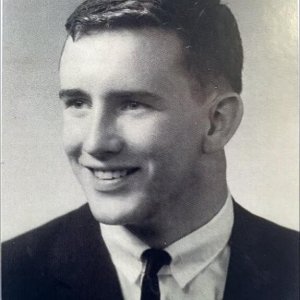 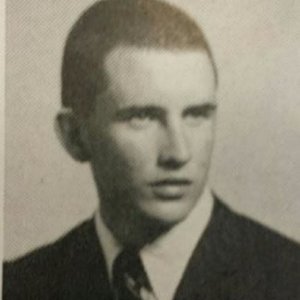 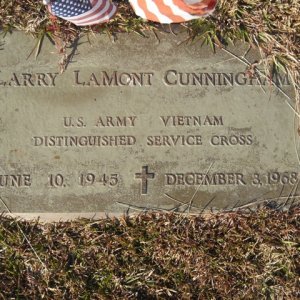 Distinguished Service Cross : The President of the United States takes pride in presenting the Distinguished Service Cross ( Posthumously ) to Larry La Mont Cunningham, Staff Sergeant, U.S. Army, for extraordinary heroism in connection with military operations involving conflict with an armed hostile force in the Republic of Vietnam, while serving with Company F, 51st Infantry, II Field Force. Staff Sergeant Cunningham distinguished himself by exceptionally valorous actions on 3 December 1968, as the team leader of a long range patrol in Phuoc Vinh Province. Sergeant Cunningham's team was conducting a reconnaissance mission when it was suddenly ambushed by a company-size, well entrenched enemy force. Although wounded in the leg during the initial barrage, he determinedly provided defensive fire for his men and directed their withdrawal to a nearby landing zone. Realizing that the aggressors' murderous fire would endanger the security of the pickup site, Sergeant Cunningham courageously exposed himself to the fusillade and provided covering fire so that the team could reach the extraction point. While ensuring the safe evacuation of his comrades, he was mortally wounded by hostile rifle fire. Staff Sergeant Cunningham's extraordinary heroism and devotion to duty, at the cost of his life, were in keeping with the highest traditions of the military service and reflect great credit upon himself, his unit, and the United States Army.