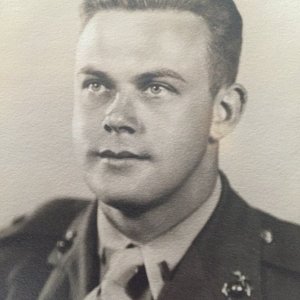 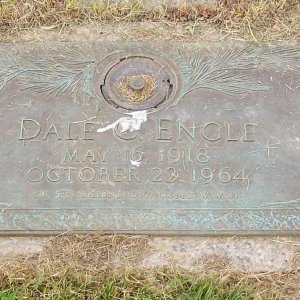 Silver Star : The President of the United States of America takes pleasure in presenting the Silver Star to Quartermaster Sergeant Dale C. Engle (MCSN: 257148), United States Marine Corps, for conspicuous gallantry and intrepidity while serving with the Second Parachute Battalion, First Marine Parachute Regiment, First Marine Amphibious Corps, in action against enemy Japanese forces at Vella Lavella, Solomon Islands, 1 October 1945. Immediately following two direct bomb hits and two strafing attacks on an LST, Quartermaster Sergeant Engle's unhesitatingly went into the burning vessel and, despite the imminent danger of explosion and further attack, carried several wounded men ashore to safety. By his courage and devotion to duty he contributed directly to saving the lives of these men and upheld the highest traditions of the United States Naval Service.