Double Cross: The True Story of The D-Day Spies
By Ben Macintyre 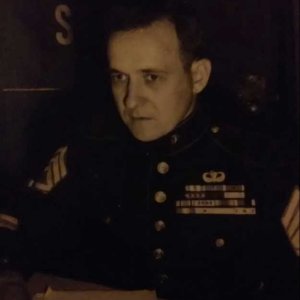 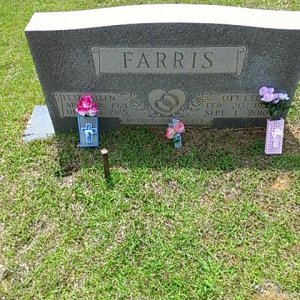 Silver Star : The President of the United States of America takes pleasure in presenting the Silver Star to Sergeant Ott C. Farris (MCSN: 283666), United States Marine Corps, for conspicuous gallantry and intrepidity while serving with the First Marine Parachute Battalion in action against enemy Japanese forces near Koi-ari, Bougainville, Solomon Islands, on November 29, 1943. Acting as second in command of his platoon during the fierce fighting with numerically superior enemy, Sergeant Farris courageously worked his way forward in the face of continuous hostile machine-gun and sniper fire and brought out eight seriously wounded comrades who otherwise might not have received first aid treatment. Later, when his platoon leader became a casualty, he unhesitatingly assumed command of the unit, displaying outstanding leadership in directing the activities of his men. Sergeant Farris's splendid initiative and valiant devotion to duty, maintained at great personal risk, were in keeping with the highest traditions of the United States Naval Service.

Silver Star (Gold Star) : The President of the United States of America takes pleasure in presenting a Gold Star in lieu of a Second Award of the Silver Star to Staff Sergeant Ott C. Farris (MCSN: 283666), United States Marine Corps, for conspicuous gallantry and intrepidity while serving as a Platoon Sergeant of Company F, Second Battalion, Fifth Marines, FIRST Marine Division (Reinforced), in action against enemy aggressor forces in Korea on 17 September 1950. When the rifle platoon to which he was assigned was suddenly attacked by an enemy patrol shortly after taking defensive positions, Staff Sergeant Farris immediately left the shelter of his foxhole and moved to a position where he could throw grenades at the attackers whose initial charge had been dispersed by rifle and machine gun fire. After securing his position, he repeatedly exposed himself to the continuous hostile fire, hurling grenades and moving about among his men to shout words of instruction and encouragement. With his unit's supply of grenades exhausted, he walked back a distance of approximately twenty-five yards through devastating enemy fire, obtained a box of hand grenades and returned through the heavy fire to distribute them among his men. The enemy patrol was soon destroyed and no casualties were suffered by the platoon. By his outstanding courage, initiative and inspiring actions throughout, Staff Sergeant Farris contributed in large measure to the success of his platoon and upheld the highest traditions of the United States Naval Service.