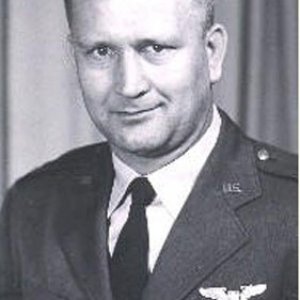 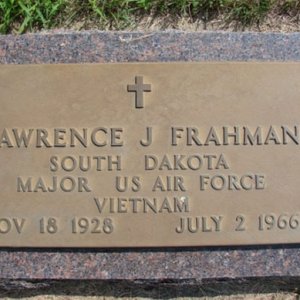 ​
Lawrence J. Frahman joined the service in January of 1951; during this time he was an SR Air Policeman and while stationed in Puerto Rico, his CO strongly suggested he go to Officers training, according to his wife, Jeanette. So he was discharged to accept a commission in the Air Force Reserve Corps at Mather AFB (Air Force Base), in California by attending Observer Training School at Mather and Ellington Air Force Base in Texas. 2nd Lt. Frahman then went to Fairchild AFB in Spokane, Washington, followed by Student Officer Pilot Training at Bainbridge AFB in Georgia and Vance AFB in Oklahoma. He graduated first in his class in getting his pilot's wings and after that reported to Portland International Airport where he was a transportation pilot. From there he went to Goodfellow AFB and then Clark AFB in the Philippines. In 1961 he returned to the United States, stationed at Randolph AFB as a fight check pilot. Frahman then became a flight training instructor stationed at Scott AFB in Illinois. On July 28, 1965, Captain Frahman went to Vietnam, stationed at DaNang, as a pilot, Forward Air Controller, in a 0-1E aircraft. ​